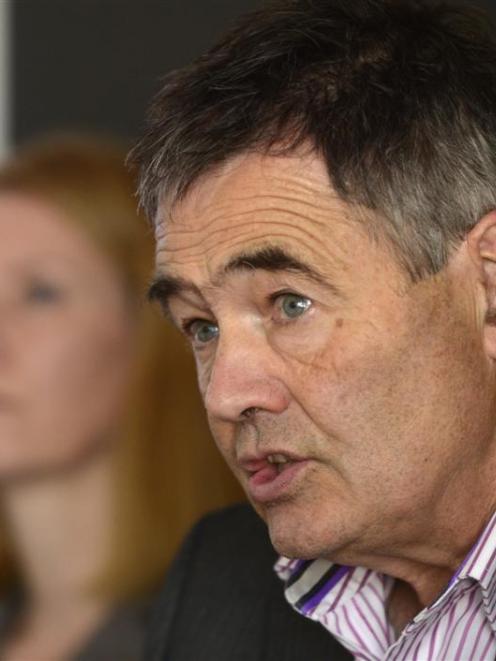 Dave Cull
Dunedin's formal bid for a slice of the 2015 Fifa Under-20 World Cup and its global television audience has been quietly scrapped because of concerns about the cost.

However, a seven-strong Fifa delegation from Switzerland will visit Dunedin next week anyway, amid hopes the Forsyth Barr Stadium could yet host some tournament matches.

The Otago Daily Times was yesterday told the city's official bid had been abandoned late last year amid concerns the council's share of costs - in cash and in kind - could have more than doubled to more than $1 million.

It had been expected the council would have to pay $450,000 over three years to Fifa to cover Dunedin's share of tournament costs if its bid to secure games - including a semifinal and the final - was successful.

There had been no announcement about abandoning the bid because the Fifa delegation was still interested in viewing the city's roofed stadium.

Mayor Dave Cull, responding to ODT questions, issued a statement yesterday confirming the decision had been made after taking ''a dispassionate look at the business case''.

Comparing the costs imposed by Fifa and the likely returns for Dunedin showed ''it simply does not stack up'', he said.

''The economic impact for the city is, at best, marginal.''

Instead, the council had offered Fifa the use of the stadium for the tournament at ''no or minimal cost to council''.

Tournament organising committee interim project manager Peter O'Hara said when contacted he understood the stadium was still available but there was no agreement on financial arrangements yet.

Money expected from the council would have to come from somewhere and neither Football New Zealand nor Fifa would pay, he said.

''Obviously, there will have to be some funding come from somewhere ... at this moment, we haven't got another option.

Mr O'Hara said Dunedin was the only one of the nine major centres vying for hosting rights to pull out.

Hamilton had earlier opted to abandon its bid, also because of cost concerns, but reversed that decision after the community rallied to raise funds, he said.

''There's no-one that's made a decision like the one in Dunedin,'' he said.

The tournament was Fifa's second-largest event - behind only the Football World Cup itself - with a television audience estimated at up to 450 million people across 200 countries, meaning global exposure for host cities, Mr O'Hara said.

''It's bigger than the Rugby World Cup in that regard,'' he said.

Dunedin had been named by New Zealand Football as one of six possible host cities when news of the country's successful bid for the 2015 tournament was announced two years ago.

The details of Dunedin's bid had developed since and in October, council special projects co-ordinator Kim Newman said the city was vying with other New Zealand centres to host matches including the final.

No money had then been paid to Fifa, but would be if the bid was successful, she said at the time.

The ODT reported later in October the cost of hosting matches could also include exclusive use of the stadium by Fifa during the tournament, potentially creating a clash with this year's Super 15 rugby competition.

However, Mr Cull said yesterday the city still recognised its stadium would be an ''outstanding match venue'' for the tournament.

''We are in an unusual situation in that we are not submitting a formal bid, but we have a world-class facility and we would welcome Fifa's use of the stadium as a venue.''

Mr O'Hara said the organising committee accepted the council's decision but was still ''excited'' about the city's new stadium.

Fifa's delegation would arrive in Christchurch tomorrow to inspect the city's facilities before travelling south to Dunedin on Monday night, he said.

The seven-strong group of Fifa executives from Zurich, Switzerland, would spend Tuesday inspecting the city's stadium and other facilities before departing that night.

The group would be led by Fifa senior competitions manager Rhiannon Martin and include experts in stadia and training facilities, accommodation, and marketing and media, to analyse all aspects of the city's ability to host tournament matches, Mr O'Hara said.

He would join them in Dunedin but had no plans to meet council representatives while here.

''I think the council's made its position pretty clear,'' he said.