DVML boss will work with union 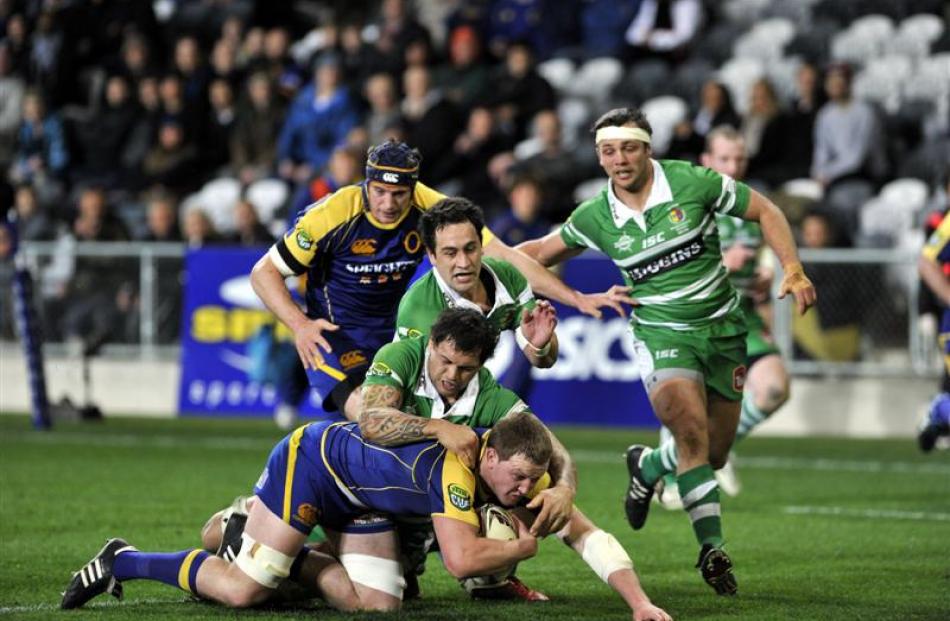 Otago's game against Manawatu in August 2011 may be the last match the team plays at the Forsyth Barr Stadium under the auspices of the 131-year-old Otago Rugby Football Union. Photo by Linda Robertson.

Dunedin Venues Management Ltd chief executive David Davies says he is prepared to work with the Otago Rugby Football Union (ORFU) if it is struggling to pay for the cost of playing at Forsyth Barr Stadium.

But Mr Davies questioned a claim the union had lost money on a game last year, as there were particular issues that affected that match.

ORFU chairman Wayne Graham told the Otago Daily Times yesterday the union had lost money on a game between Manawatu and Otago, a match that attracted 5407 spectators.

He told Radio Sport it was "distressing" but he questioned how the union could afford to play at the stadium.

"As the Otago union, we're looking at the stadium and saying we can't afford to be there."

But Mr Davies said the Manawatu game had been postponed because of bad weather.

It was played on a Tuesday evening and was the last game of the season, at a time Otago had no chance of playing in the finals. For those reasons, the crowd number was "significantly" lower than expected.

Mr Davies said what was left of the union needed to "look at its records" before making such comments, and he questioned what was behind them.

But he also said DVML was happy to "reach out" to the union, or whatever entity replaced the union, to "make it work" in regards to hiring the ground.

"My view is, picking on one individual game is unfortunate."