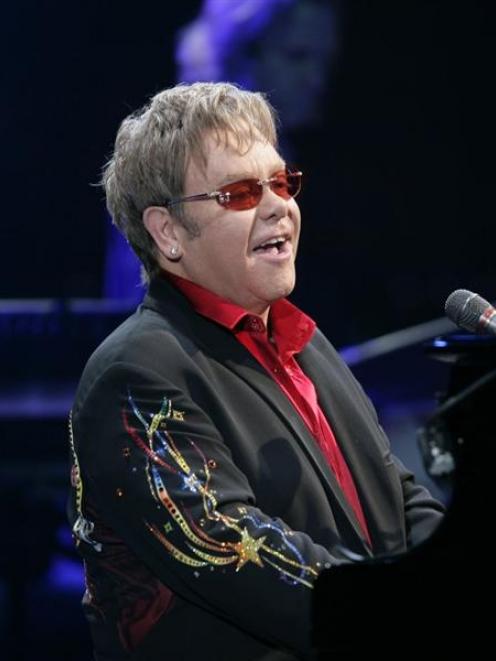 It will be Sir Elton's first visit to the South Island in 20 years. Dunedin Venues Management Ltd chief executive David Davies said it was important to him the first event announced for the stadium, apart from the Rugby World Cup, was a concert rather than a sporting event.

"It's as big an entertainment event as we could have reasonably hoped for in the circumstances."

The concert would set a benchmark for performances to come at the stadium, and was "a fantastic coup for the city".

While ticketing details were not yet decided, organisers were "working to ensure preference is given to local and regional ratepayers".

The news was also welcomed by Dunedin Mayor Dave Cull, who said the booking was "fantastic".

Managing director of the concert's promoter, Capital C: Concerts, Phil Sprey said the date of the concert, ticket prices and when tickets would go on sale would be announced early next year "once a few loose ends are tied up".

Mr Sprey was brought to Dunedin last year to provide his expertise as a consultant for the Carisbrook Stadium Trust.

Yesterday, he said Sir Elton would be coming with his band, and the Dunedin concert was his only New Zealand booking at this stage.

Asked if he expected the concert to attract large numbers, he said: "I hope so. It's costing me a lot of money."

Just how much was commercially sensitive.

Mr Sprey was behind the musician's last three New Zealand concerts, in Auckland, New Plymouth and Wellington, and said Sir Elton was an "easy-going" artist to deal with.

Mr Sprey said having the roof on the stadium took one element of risk out of the equation, and allowed the concert to be held earlier in the summer than usual.

Carisbrook Stadium Trust chairman Malcolm Farry used the occasion to hit back at his critics.

"I'm mindful of the severe criticism from some quarters, who shouted from the mountain tops there was no way we would get an international artist to Dunedin; no promoter would bring one; we were dreaming."

Mr Farry said the situation was "a great reminder" Dunedin should not be controlled by people "who want anything you do to get nowhere".

"You have to be prepared to push the boundaries."

He said there would be more announcements in the next six to 12 months that would "underscore you don't let negative people get control".