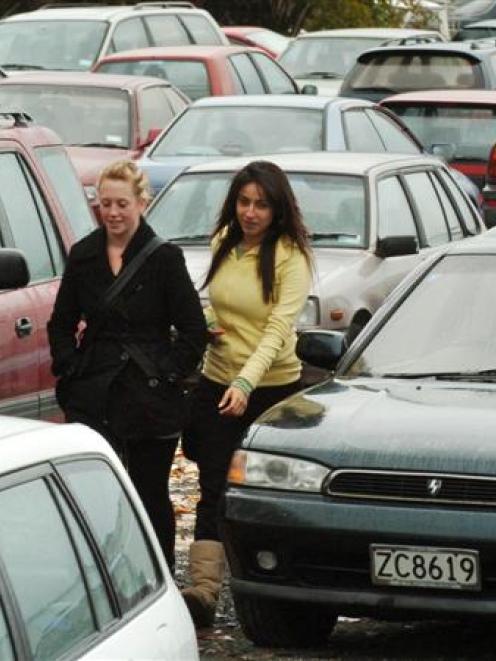 The first Hawkins Construction staff and contractors were expected to move on to the Awatea St site to begin work by May 7, followed shortly after by heavy machinery and the start of construction work in earnest.

That meant the site would have to be cleared of vehicles that have, over the past few years, turned the vacant lot between Awatea St and nearby State Highway 88 into a free car park.

About 180 vehicles were taking advantage of the absence of parking restrictions, meters, or even a fence when the Otago Daily Times visited yesterday.

The number of cars using the vacant lot had built up as the Dunedin City Council - which owns the land - and the Carisbrook Stadium Trust turned a blind eye to their presence.

However, trust chairman Malcolm Farry yesterday confirmed that while the motorists were "not doing any harm", they would lose access to the area once it became a construction site.

"Technically, they [motorists] shouldn't be parking on land for which they have no authority, but nobody has been particularly concerned about it."

One of the first tasks of contractors beginning site preparation work would be to fence the area to control access, which was a requirement of health and safety legislation, he said.

Dunedin students Yasmin Dabous (23) and Samantha Wedlock (20) were among those using the site yesterday, and told the ODT they were disappointed to hear their free parking was coming to end.

The pair, who study at the nearby University of Otago College of Education, had been parking at the site daily for the past three years.

A mixture of students, workers and university staff parked at the site, which was only a short walk from the university and Otago Polytechnic campuses, they said.

"There's no parks anywhere around here," Miss Wedlock said. "There's going to be so many people put out."

The land is owned by the Dunedin City Council, but parking staff said they were unaware of who was responsible for its use, as did council city environment general manager Tony Avery.

The loss of the vacant lot would remove the equivalent of a DCC parking building from the city.

The council's YMCA parking building has 239 casual and leased spaces, and Wall Street - which is developing its first-floor parking into office space - will retain about 80 casual spaces once the work is complete.

The nearby privately-owned Meridian Mall and Golden Centre together offer 650 parking spaces, including 60 leased.

Mr Farry said a car park with 336 spaces would be built by 2011 as part of the stadium project, but spaces were "basically spoken for" already, with most expected to be leased by the University of Otago.