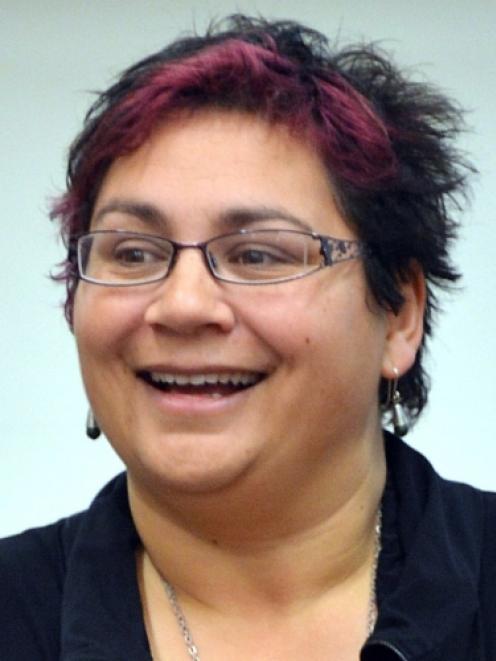 Metiria Turei
The Green Party is poised to announce its own candidate for the Dunedin mayoral election race.

Green Party co-leader Metiria Turei confirmed this week she will announce the party's candidate at the Queens cafe, in the Exchange, next Friday.

The Greens had either offered or supported candidates in local body elections in the city before - but never challenging for the mayoralty.

Dame Sukhi Turner, who was the city's mayor for three terms from 1995, was a Green Party member but was not a formal Green Party candidate.

Ms Turei would not reveal who would be standing but said the Greens were excited to have ''a strong candidate'' for the office.

Other Green candidates would stand for other seats, Ms Turei said.

''Local councils are extremely important and often the solutions around green issues need to be done at the local level.''

Any Green candidate elected to a local seat would remain independent of the overall, national, party, Ms Turei said.

''There would be a level of independence for any candidate because to work at a local level you need to be aware of the local issues which can differ from place to place.''

Speaking from Wanaka last night, Dame Sukhi said candidates with party connections had served on the council in the past - though not all of them had been overtly party-political performing in those roles.

It seemed city voters did not want political parties on the council, she said.

It was easier if candidates were not connected to a party because they were seen not to be influenced by people outside of Dunedin, she said.

The Greens would have seen the success of Wellington Mayor Celia Wade-Brown, who stood as a Green candidate, and would look to replicate her success in other cities, he said.

Former mayor Richard Walls was the National Party's Dunedin North MP before he was elected to the Dunedin City Council in 1980, and to the mayoralty in 1989.