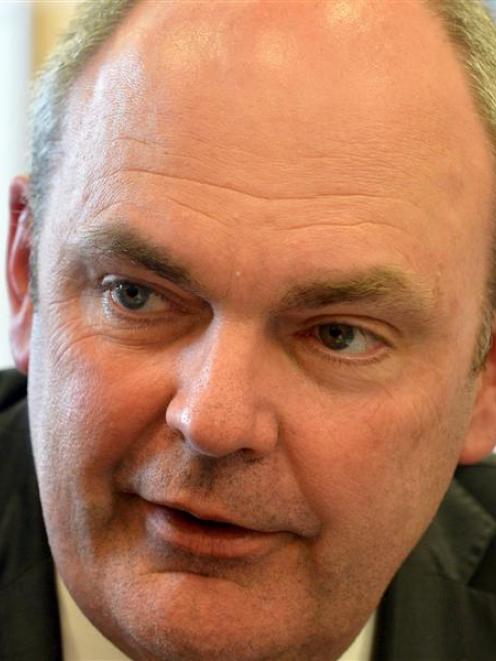 During a visit to Dunedin yesterday, Mr Joyce said there had been plans for more co-operation between the two when the new Christie building was constructed at Invermay in 2008. But they were not put into action.

Regardless of what happened with AgResearch's restructuring, including the impact on Invermay, he believed the university remained the ''absolute centre'' of research and development in Dunedin.

Mr Joyce told the Otago Daily Times he was still asking questions of AgResearch as it continued to work on its final configuration.

That configuration - which included the impact on Invermay - was still being ''thoroughly tested'' and the Crown Research Institute was doing more work on it.

He pointed out that implementation of the plan, which involved concentrating research and administration in Palmerston North and Lincoln, was still a couple of years away.

''We're testing it pretty thoroughly and looking for other options,'' he said.

Asked whether that might mean the decisions affecting Invermay could be reversed, he said he did not want to create false expectations.

Mr Joyce believed AgResearch had ''probably underestimated'' the level of feedback in Dunedin following the announcement.

He understood the feeling but said there were some ''fantastic, positive stories'' coming out of Dunedin in terms of business growth and investment and it was ''always important to have a balanced view where things are at''.

While not referring to Invermay in particular, Mr Joyce, who is also Economic Development Minister, said industries and times changed.

''We can't keep everything in place the way it always was. It just evolves with technology. Otago has great new investments and needs to celebrate those,'' he said.

The Government yesterday released its Regional Government Expenditure Report, jointly commissioned by Treasury and the Ministry of Business, Innovation and Employment.

The report to June 30, 2012, provides estimates of central government spending in New Zealand's 16 regions. Using the expenditure method, the Government spent $78,020 million, with Otago receiving $3603 million of that figure.

The report covered all government expenditure, from building roads and hospitals, to social welfare payments, education and research and development.

Labour leader and regional development spokesman David Cunliffe, who was also in Dunedin yesterday, said there should still be time to influence AgResearch's plan to downgrade Invermay if Labour was elected next year.

Under the proposed timeframe, it appeared there would ''still be time to have a fresh look'' at the proposal that could see about 80 jobs transferred from Dunedin to Lincoln, Mr Cunliffe said.

On one level, AgResearch was able to make the changes, but it needed to consider the likelihood of losing highly skilled staff, the wasted infrastructure investment at Invermay, and the increased distance from its industry client base.