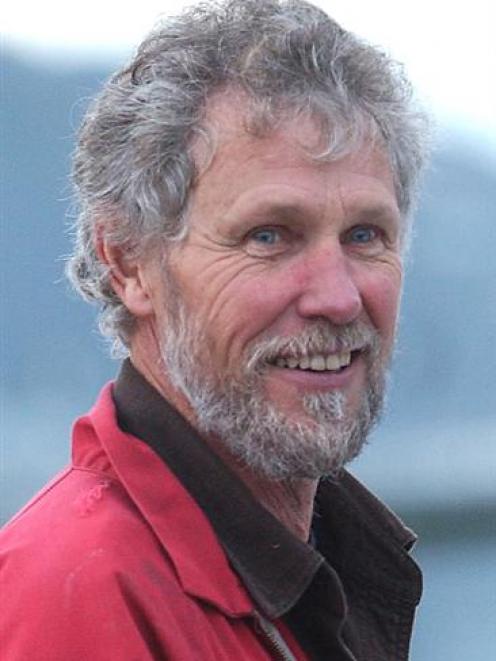 Mark Hammond
The big electricity companies seem to have changed their tune over buying electricity from the public.

A year ago, Mark and Fran Hammond, of Pukehiki, on the Otago Peninsula, set out to sell electricity from their wind turbine into the national grid.

They told the Otago Daily Times two companies offered to buy all their electricity at the wholesale price (about 5c per unit at that time) and sell back to them all the electricity they needed for their home at the retail price (18c-20c per unit).

"They said 'Why would we pay more for your electricity than what we buy it for from the Clyde dam?' or wherever."

Mr Hammond considered the companies were actively discouraging "micro" electricity generators such as himself and he decided it was uneconomical to go ahead.

However, there are signs that the times are changing.

This has given him the confidence to order a $30,000 wind turbine system which he hopes will reduce his power bills to a quarter.

The advantage for "micro" power generators in being connected to the grid is mainly the security of supply for times when the wind does not turn turbines or the sun does not light up solar panels.

It also does away with the need for, and cost of, storage batteries.

Contact Energy spokesman Jonathan Hill agreed there had been a "rapid rise" in his company's interest in micro generators.

While there was a "very small number" of customers "exporting" electricity into the grid at present, the company was "actively preparing" for more.

"We strongly support the use of micro generation and want to make this as simple as possible for customers."

He said having 35 electricity lines companies across the country, each with different rules, posed "some challenges" for the industry as did "significant diversity" in generation technology.

"Considering the retail price comprises electricity transmission, network distribution, generation and retail charges, this is a very good proposition, designed to encourage participation in the trial."

He denied Contact had ever paid 5c per unit to "any customer".

Mr Hammond responded that that was probably because no micro generator would accept such a poor deal.

Mr Hill said Contact would publish a price for all customers generating under 10kW at peak in the new year.

Ian Buchan, of Power Options, based in Macandrew Bay, said the availability of new technology was driving the electricity companies' interest in micro generating.

"Because grid interactive wind turbines have become available, and also grid connected photovoltaic systems are now on the market in New Zealand, the power companies have had to gear themselves up to accept them."

He said Meridian had started the push but Contact "has jumped on board", as well, in the past few months.