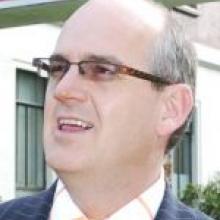 Tony Ryall
The process used to resolve the South Island neurosurgery impasse is the "way of the future", Health Minister Tony Ryall says.

It could be seen as a precedent for how district health board disagreements might be resolved.

This included a focus on both clinical engagement and community involvement, he said.

The South Island Neurosurgical Service expert panel's 84-page report released this week has been widely praised in the health sector for its fresh approach to a years-old dispute in which Canterbury and Southern boards had taken resolutely partisan positions. Before the panel began its work mid-year, there had been no community input, and the matter has yet to be debated publicly by the district health boards.

While the panel's terms of reference did not refer to community input specifically, as the campaign to save the service gained momentum, community involvement featured strongly.

In its report, the three-person independent panel, headed by paediatric surgeon Anne Kolbe, successfully proposed a new two-site model for the service involving three neurosurgeons in Dunedin, two of them University of Otago academic appointments.

The report expressed some disquiet at the "deep sense of parochialism" undermining the development of a South Island-wide view of health services, affecting clinical, management and governance.

This related to all services and was "demonstrated time and time again".

Dunedin, with its history as a leading tertiary and university centre with a falling population, had a deep paranoia that any change involving Canterbury was aimed at undermining the facility, the report said.

In Canterbury, there was a confidence the greater population and growth of Christchurch must lead to it becoming the pre-eminent South Island centre.

The South Island population was too small to "sustain this sort of parochialism" in publicly funded health services.

"It deserves better," the panel stated.

It recommended a review of its process was undertaken so what was learned could be applied to the wider health sector.

Under that amendment to the New Zealand Public Health and Disability Act, the health minister has the power to refer board disputes over joint plans to an independent panel with at least three members.

The Government preference was for boards to sort out issues themselves, but the new law "means that we can now cut through situations where DHBs cannot agree", he said.