No weighbridge at landfill yet 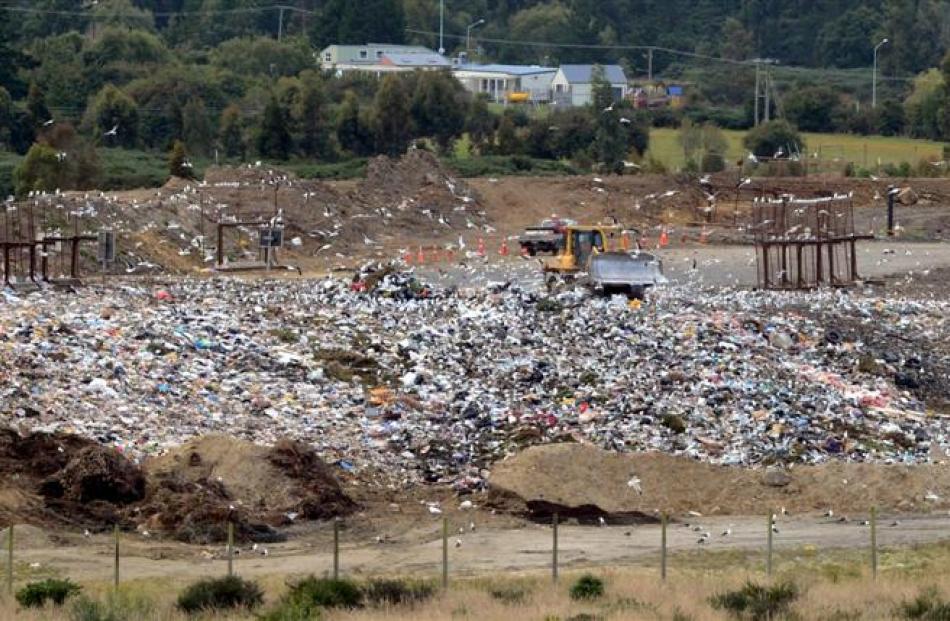 Dunedin city councillors have voted against installing a weighbridge at the Green Island landfill immediately, opting instead to seek residents' opinion.

Councillors yesterday spent an hour debating whether to install a weighbridge at the landfill, where operator discretion was recently removed, leading to widespread complaints from users who felt prices had suddenly increased and were in some cases unfair.

The other option is to retain the present system, charging by item or vehicle, and review the charging structure to add more layers of fees.

The discussion began with general indications of support for a weighbridge, although Dunedin Mayor Dave Cull questioned whether it would actually address the perceived anomalies in the present system.

An assessment based on a sample audit showed it would not change how much people had to pay anyway, he said.

Information provided to councillors showed 14 of 21 cars weighed depositing rubbish during a sample audit would have paid less over a weighbridge, and seven would have paid more than the present charge of $18 a car load.

But it also showed that of 20 station wagons weighed, half would have paid less than the present charge and half more.

The sample appeared to show the idea people were overcharged was to some extent perception only, and the same number of people would be better off as would be worse off, he said.

Council water and waste manager Laura McElhone agreed it could be viewed that way and acknowledged another group of landfill users - those charged more then present prices - could be aggrieved if a weighbridge was installed.

However, the advantages of a weighbridge - a more direct user-pays system that made the council's revenue collection more reliable - were clear, she said.

After more questions, Cr David Benson-Pope moved the weighbridge be installed before July.

Weighbridges were a much more rational and more easily understood system than the present one, which did not seem to work because when it was applied properly, people went ''awol'' about it, he said.

''I think [a weighbridge] will be widely welcomed. That's certainly the feedback I've been getting.''

Crs Chris Staynes and John Bezett said people were not going to argue with a weighbridge the way they argued with an operator.

Cr Neville Peat agreed, but Crs Jinty MacTavish and Aaron Hawkins said they would rather see people consulted about it first through the draft 2014-15 annual plan.

Cr Richard Thomson said he could not support a weighbridge when there could be a cheaper solution, such as adding more layers of fees for items and vehicles and more training for operators, that would not require spending $150,000.

''I just don't think it is 100% necessary. My preference is for an enhanced status quo.''

Mr Cull said he supported a weighbridge not on the basis that it would make charging fairer, but that it would provide more transparency in council budgets and would potentially encourage people to dispose of less waste because they were charged by weight.

Cr Benson-Pope's original motion failed six to five, and a secondary motion, to consult the community on a weighbridge and a proposed new fee structure, through the draft annual plan, was passed with a supplementary request to staff to report on ways to better educate and support people to minimise waste.