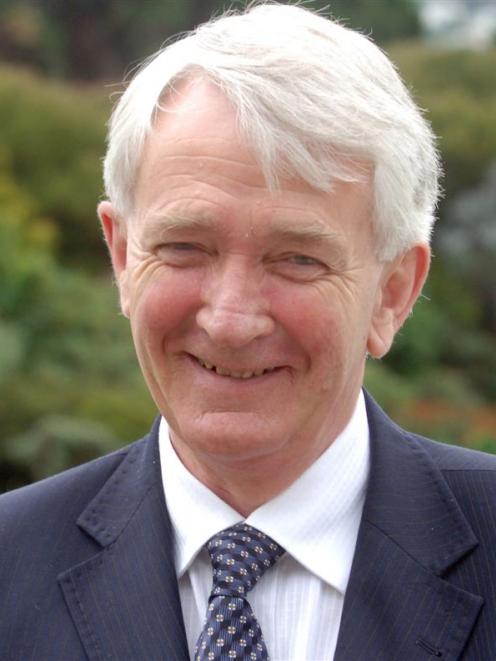 David Russell
A meeting in Dunedin between a member of the expert panel considering the future of neurosurgery in the South and those fighting to retain the service went "better than we hoped", Associate Prof Samuel Mann says.

Personal stories from people who had experienced neurosurgery and a social impact assessment were presented to consumer rights advocate David Russell, the former head of Consumer New Zealand, at yesterday's meeting.

"We're extremely happy at the approach the panel, particularly David Russell, is taking," said Prof Mann, an Otago Polytechnic lecturer and one of those behind the Keep Neurosurgery in Dunedin campaign.

While not wanting to put words in Mr Russell's mouth, Prof Mann said he believed Mr Russell was very "engaged in the fact a Dunedin-based surgery is safe and viable" and understood they were seeking a regional service.

"I think he gets that. He really appreciated a moderate, considered view."

They wanted to show the community views were "not ill-informed, kneejerk or parochial", but well thought out and rational, he said.

Having people tell their stories, in person, strengthened them and showed they stacked up to the clinical model the panel would be "bombarded with" by other people, he said.

Mr Russell, who was accompanied by a Health Ministry analyst, was interested in hearing what people had to say, was "really engaged" in the personal stories and asked questions.

Other considerations discussed were the rural versus urban nature of Otago and Southland and the need for community engagement in the process.

Ms Young was happy with the meeting and felt her views were listened to.

"Our objective was to get across the community perspective ... and I feel David was very receptive to what we were saying.

"He wanted to hear what people were saying."

Mr Russell had said he would not comment after the meeting and attempts to contact him last night were unsuccessful.