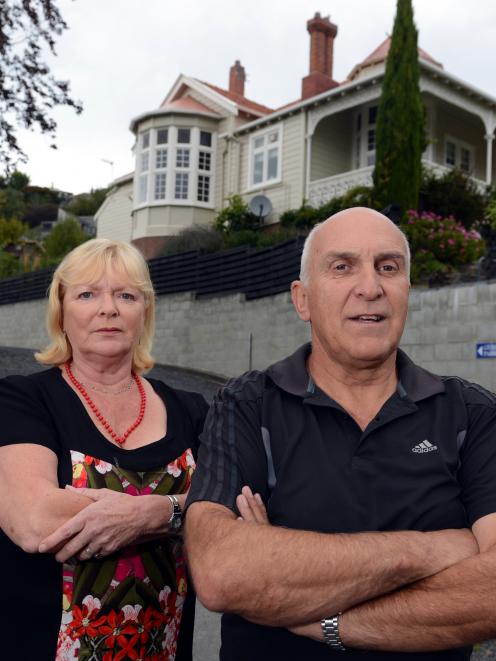 The development, if approved, would lead to the complex being built on vacant residential land at 50A Hazel Ave, in Caversham.

It was expected to bring an estimated 140 vehicle movements a day to the largely quiet cul-de-sac.

Off-street parking would be provided, and suggested consent conditions included requiring the developer, Simon Eddy, of Eddy AP Ltd, to pay for the double-glazing of nearby properties to reduce noise.

The proposal will be considered by a Dunedin City Council hearings committee on Friday, but has already won the backing of a council planner, who has recommended consent be granted.

However, limited notification has resulted in 27 submissions from neighbours, including 24 opposed to the development.

They included one from Stuart and Yvonne Brown, who labelled the proposal ''ridiculous''.

''We have lived here for 30 years and part of the attraction was being in a quiet cul-de-sac,'' they said.

Encouraging so many vehicles to enter the street each weekday morning, when residents were trying to get out, would be unsafe and lead to ''chaos'', they said.

The neighbourhood's ''harmony'' would be disrupted, and property prices could suffer as a result, they predicted.

Maureen Brown agreed, saying the proposal was ''nothing short of madness'' and ''can only be seen as a money-making venture for developers''.

That would be ''at the expense of ratepayers who at present are most happy to live in this quiet area and enjoy it as it is'', she said.

''As the proposed centre is directly next door to my property, I would have to endure the excessive noise of all these children.''

Brent Ward, who also lives next door and runs Hazel House Boutique Bed & Breakfast from his house, said the dead-end street was not a safe location for the development.

Mr Eddy could not be contacted late last week but council planner Darryl Sycamore, in his report to Friday's hearing, said the impact of the development on neighbours could be managed.

That was despite acknowledging the character of the street would change if the development went ahead.

Plans for the development had been altered as a result of pre-application discussions between Mr Eddy and neighbours, including reorienting the building's layout to reduce the impact.

Noise was still expected to be a problem for some adjoining neighbours, but could be addressed by double-glazing and other steps to be discussed at Friday's hearing, Mr Sycamore said.

The building would also require up to 1000sq m of excavations, as a building platform and space for a children's play area were cut into the hillside.

Council transportation staff were satisfied the site, and Hazel Ave, could accommodate the extra traffic, but there was ''no doubt'' extra traffic and children in the area would create extra noise, Mr Sycamore said.

The council's environmental health staff objected to the development because of those noise concerns, but recommended consent conditions to mitigate noise if it was to proceed.

They included installing double-glazing in adjoining homes to help ''create a refuge'' for residents worried about noise, he said.

The development could also have a positive effect on the neighbourhood, as child-care facilities tended to be considered ''generally good neighbours'', he said.

''While noise can be an issue if the development is poorly designed, most childhood facilities are, in time, welcomed by locals.''

The proposed development comes less than six months after residents in Mornington tried unsuccessfully to stop another early childhood centre, catering for 24 children, in Springhill Rd.