On reflection: too much? 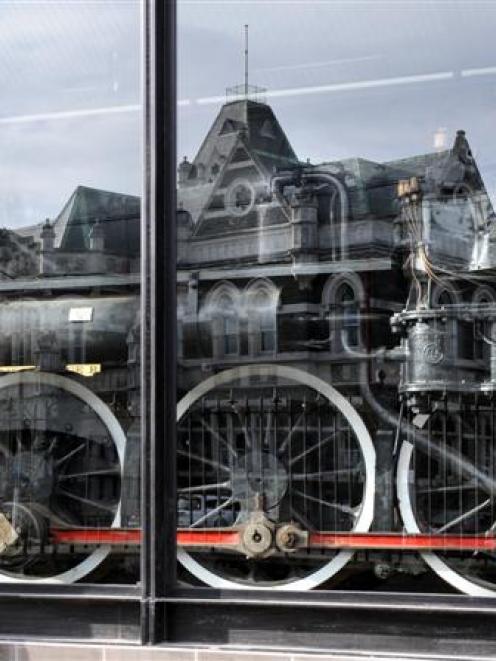 The new case, completed earlier this year, made viewing the train difficult because the glass was so reflective.

An Otago Daily Times reader recently discovered the problem when taking her grandson to see the train.

Debbie Alexander and 11-year-old Ethan Smith had difficulty seeing inside the glass case on a recent Saturday morning.

"We could hardly see it. It was ridiculous," she said.

Ms Alexander, who worked in the tourism industry, said she and her grandson were allowed a closer look by a staff member who let them inside the glass shed.

But other train enthusiasts and tourists would have difficulty viewing the display, she said.

"It's a poor showing for Dunedin. I was really appalled and even went back another time to see if our first experience was just a result of strange lighting, but the train was still hard to see," Ms Alexander said.

"As you can appreciate, those glass panels are enormous and we obviously had a budget. To go for non-reflective glass would have blown the budget," she said.

Non-reflective glass was quoted at four times the cost of regular glass used for the display, which had to be laminated for safety.

The project budget was about $700,000, which included the cost of moving the locomotive to its display location and encasing it.

Ms Alexander said she was also surprised to see rust around a door and in the middle of an entrance step to the display shed.

"It looked like the spouting was leaking and pooling below when it rained, causing rust.

"This is a relatively new structure and it is not standing up to the weather at all," she said.

Ms Wigley said rust was common on newly welded steel and a contractor would soon grind off "high points" before parts were repainted.

Maintenance would be undertaken through the museum's usual remedial work schedule, she said.

Interpretation panels and a film would also be added to the locomotive exhibit.