Seminar geared for those wanting to work past 65 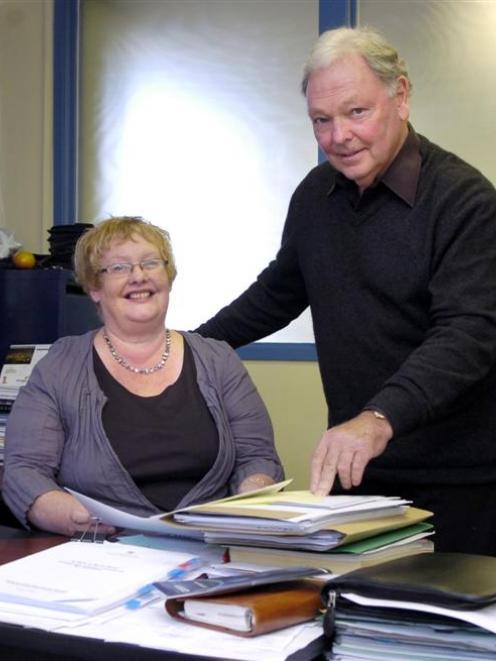 Career practitioner Anne Potter and Otago Chamber of Commerce succession planner Warren Taylor discuss the "So you want to work till you're 70" seminar being held in Dunedin tonight. Photo by Jane Dawber.
Gone are the days of employees shuffling out the door and retiring at 65 as more and more people seize work opportunities well in to their 70s.

Baby-boomer career practitioner Anne Potter (60) also has no will to retire because she enjoyed her work, and having money, too much.

Warren Taylor (69), a succession planner at the Otago Chamber of Commerce, has a range of work interests in both the business and art sectors and no intention of retiring any time soon.

"It's much more about the value and the quality of the work than the money," he said.

The pair, along with Career Services career consultant Liz Holland, will run a seminar called "So you want to work till you're 70" in Dunedin tonight as part of this month's Otago Careers Festival.

An online survey, conducted in August, showed 81 was the "new old" and baby-boomers had no intention of retiring in what they considered their middle-age.

In fact, the New Zealand Boomer Dreams Study 2009, which surveyed 1162 people born between 1946 and 1964, found many were looking forward to working for 15 to 20 years past retirement age.

She believed baby-boomers were healthier, more worldly and expected to live a long, full life, so were creating a shift in thinking when it came to retirement.

This was good for the Government as taxes would continue to be paid, and good for young people as they could be mentored by experienced older people, she said.

Topics from beating ageism to selling yourself to employers will be covered in the seminars which are designed to "start the thinking process" about working later in life.

The seminars are in Dunedin, 5pm tonight in the Clifford Skeggs Gallery; in Oamaru on Monday May 17 and in Cromwell on May 18.