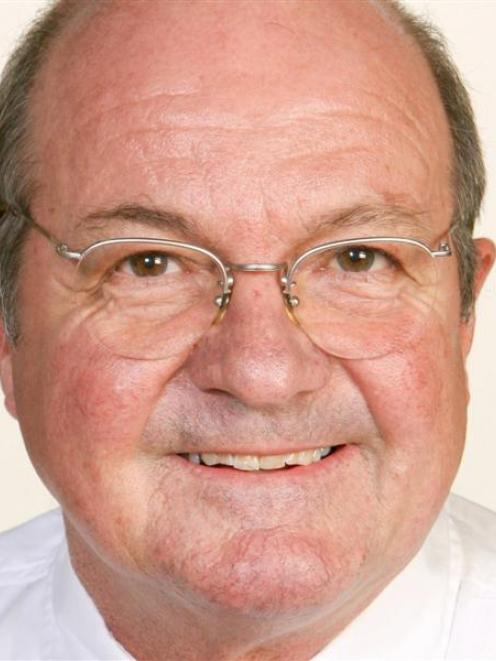 John Scandrett.
The disparity between the average salaries in Taranaki and Otago makes it imperative Dunedin does everything possible to welcome Anadarko and Shell when they arrive to drill off the coast of Otago, business leaders say.

The Seek average New Zealand salary packages for December showed Wellington at the top of the list with an average salary of $81,259, a growth of 4% from January last year.

Jobs most common in parts of Otago, such as administration and office support, call centre, and hospitality and tourism were the bottom three on the list, with all salaries lower than $50,000.

''When we review the Otago and Southland regional results, seen here in national net terms in an underperforming light, it appears the local outcome hinges substantially on the weight we carry across lower-paid healthcare, medical and farming sector activities.

''While it is most important that we remain firmly supportive of our traditional economic activity base, we are now facing considerable challenges building momentum around wider economic initiative generation.''

The South must be proactive in identifying and capturing the potential employment and investment opportunities that would spin off the proposed gas drilling work now on the horizon, he said.

In that context, there was a need to understand exactly what input the exploration companies would seek from local employees and businesses and also from local government.

''Ideally, we will see central government step into the frame with a positive Norwegian-modelled royalty allocation to sovereign-managed pension benefit.''

If those key elements could be welded together successfully, a more positive and widely-spread support platform for the new development should become evident. Locally, the depth and strength of employment capacities would receive a dynamic shot in the arm, Mr Scandrett said.

Otago Chamber of Commerce chief executive John Christie said it was widely recognised Dunedin salaries were less than in the rest of the district and that was because the jobs were mostly concentrated at the lower end of the salary scale.

The city should be aiming much higher and there was an opportunity sitting at the top of the scale in mining, resources and energy.

The loss of jobs at the Oceana Gold Macraes gold project was a blow to the region and they must be replaced with other high-paying jobs.

Dunedin was dependent on the education and hospitality sector for some of its higher-paying jobs, he said. However, there needed to be a move across the board to find a wider range.

Jobs like those which could be lost from Invermay were an example of why the region must continue to fight to retain those sorts of high-skilled positions, Mr Christie said.

''We would be naive not to look at the benefits exploration will bring to the district. We cannot go on losing high-paying positions. Fisher and Paykel Appliances is bringing jobs to the city and they are significant jobs. ''

Canterbury and Auckland were likely to keep rising up the ranks, particularly since consulting and strategy, engineering and construction were three of the top four earners, he said.

The earthquake rebuild and Auckland's housing shortage would attract skilled workers away from regions such as Otago.

It was important for the region to diversify and oil and gas was just one area of possible growth. Otago could not afford to be complacent in any area. Even call centres should be pursued, Mr Christie said.