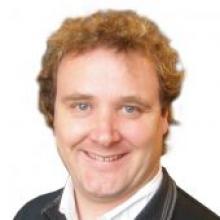 Samuel Mann
Southland and Otago people are in celebration mode following today's Ministry of Health's decision to retain neurosurgery services in both Christchurch and Dunedin.

However, the service will be radically restructured and have an independent governance board, the ministry said today.

[comment caption= What do you think of the decision?]The board would be responsible for building one South Island neurosurgery service which will eventually have seven to eight neurosurgeons -  with at least three in Dunedin, acting director general of health Andrew Bridgman said.

"What is being proposed here is a paradigm shift on how we deliver neurological services to the South Island,'' he told a media briefing.

Dunedin would develop an "academic'' service, with a focus on neurological research, which would help attract and retain surgeons.

Mr Bridgman said he was satisfied from the South Island neurosurgery expert panel's report that consolidating services in Christchurch was not the best solution based on patient outcomes, developments in neurosurgery, and the ageing population.

The hefty report acknowledges debate over a single-site service had caused "deep divisions in the South Island at a number of levels''.

"We did not underestimate the significant responsibility that the South Island communities placed upon us... We believe that the recommendations do provide for a safe, high quality and sustainable service,'' she said.

The decision has been widely accepted. Samuel Mann, one of the organisers of the Keep Neurosurgery In Dunedin campaign, said everyone cheered when he announced the service would stay to a crowed outside Dunedin museum today.

People were "extremely excited", he said. "It sort of vindicates all the hard work that we did.

"We were quietly confident that the panel would see that the arguments we were putting up weren't parochial - 'lets just keep it in Dunedin for the sake of it'.''

The decision would set a precedent for regional services in the long-term, he added.

"The default model now is 'we can make this work' rather than 'hmm, let's centralise all this in Wellington, Christchurch or Auckland'. It really has put a very strong line under the need to keep services close to people.''

Canterbury District Health Board chief executive David Meates said he was pleased to see a focus on South Island neurosurgery and a commitment to longer-term planning and investment which included Canterbury.

The New Zealand Nurses Organisation said the panel had come up with a "holistic solution'' to keeping safe, high quality and sustainable neurosurgery services for all South Islanders.

"This is a clear demonstration of people power," spokeswoman Glenda Alexander said.

"The expert panel has listened to the community and clinicians and has come up with a plan that will not only keep neurosurgery services in Dunedin, but revitalise the speciality by boosting academic neurosurgery at Otago University.''

Dunedin Labour MPs Pete Hodgson and Clare Curran welcomed the decision, which they said was the result of southern communities banding together in the past few months.

Dunedin-based National MP Michael Woodhouse said the decision to retain neurosurgical services in Dunedin was, in his opinion, the right one.

"The people of Otago and Southland made it very clear throughout the whole process they wanted to see neurosurgery services retained in Dunedin," he said.

A 56,000-signature petition supporting the retention of those services in Dunedin which was presented to parliament had 'left no doubt in anyone's mind the views of the people of Otago and Southland".

"This outcome is something quite different to all of the speculation and discussion that had been aired, during years of uncertainty,'' he said.