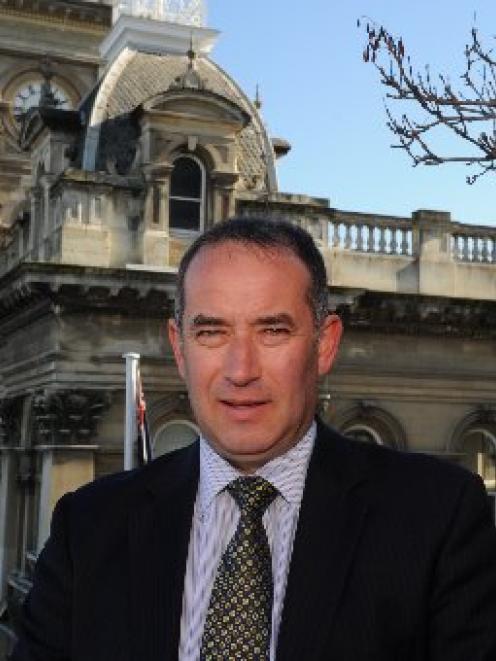 Grant McKenzie
Dunedin ratepayers will be called on for the third year in a row to help balance Forsyth Barr Stadium's books.

City councillors will next week be asked to consider increasing the ratepayer contribution to the stadium by $715,000 a year, bringing the total the city's ratepayers pay towards the stadium each year to $9.840 million.

Council staff are proposing using savings the council made on interest payments this year to cover the extra $715,000 and to make a one-off payment of $2.271 million to the council-owned company that runs the stadium.

The use of the savings would mitigate a rates increase, but would also mean the savings could not be used to reduce the forecast rates rise of 3%.

The recommendations are made in a report to be discussed by councillors as part of the council's 2014-15 annual plan deliberations next week.

Council chief financial officer Grant McKenzie said the council had budgeted to pay DVML $750,000 over each of the three years to repay the debt alone.

However, making the one earlier payment of $2.271 million would repay debt as it stood now ($1.771 million) and allow DVML to use the $500,000 in interest saved to cover its forecast operating loss for this financial year.

Even though the debt would be cleared, Mr McKenzie recommended the council continued to pay DVML the $725,000 payments until a major review of the stadium's financial and operating models was complete and a new long-term operating model was in place.

Mr McKenzie said a one-off payment to reduce debt further would be good for all parties ''... and would clearly respond to community demand for the council to reduce its overall debt level.''

Dunedin Mayor Dave Cull and council finance committee chairman Cr Richard Thomson last night said DVML's forecast loss of $1.4 million in 2014-15 came as no surprise and should not have to anyone, as council chief executive Dr Sue Bidrose had predicted it publicly several months ago, at the same time as she announced a major review of the stadium's financial and operating models.''

That was what the CE [Dr Bidrose] was talking about some months ago, when she said we can't go bailing them out every five minutes and we need models that we can manage in the longer term,'' Cr Thomson said.

''That's the review's purpose, but clearly we have an immediate situation we have to address while that review is taking place,'' Cr Thomson said.

It was ''entirely possible'' the review, due mid-year, would result in ratepayers having to pay even more to the stadium, he said, but it could also identify savings in some areas.

Mr Cull said it would be naive to think the review would mean the council would never have to pay out more money for the stadium, but it would identify options for new ways to operate it that could be more financially acceptable.