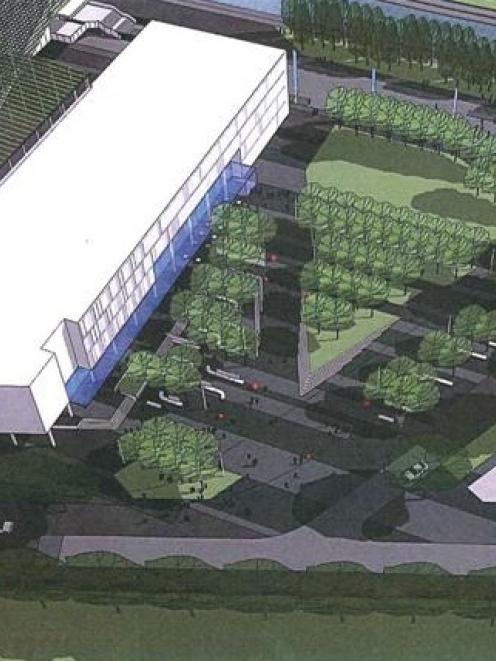 The plaza, 50% of which is owned by the Dunedin City Council and 50% by the University of Otago, is still the subject of "discussions" between the two parties over who pays for what, and does not include complete closure of Anzac Ave, which the university and the Carisbrook Stadium Trust wanted.

But Dunedin city councillor Syd Brown said yesterday it was no longer part of the state highway system, following the realignment of State Highway 88 behind the stadium, and would be a low volume local road which he expected would be "closed frequently". 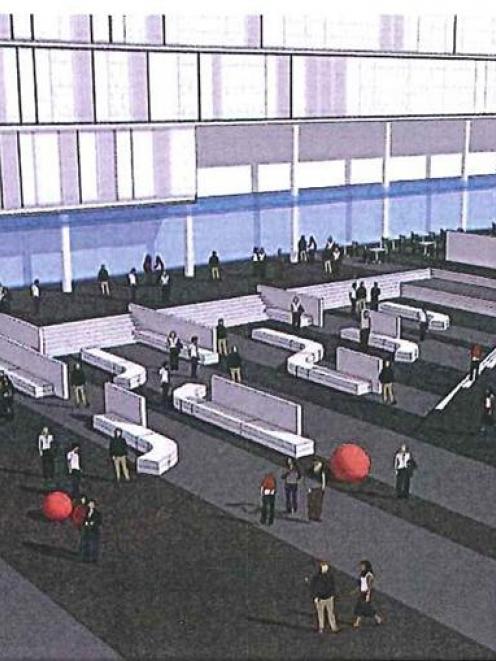 The design was provided to the Otago Daily Times on request, and follows concerns raised at a recent council meeting that the council and the public had not seen an impression of the development.

Information from the company with the design noted that what appear to be red balls in the plaza were "potential locations for future sculptures".

The surfaces of the non-grass areas were a combination of exposed aggregate, pavers and asphalt.

Walls behind seats were shelters from the weather, deciduous trees were being used and ground covering would be native plants.

Carisbrook Stadium Trust chairman Malcolm Farry said the plaza was a joint venture between the trust, which was working as the council's agent, and the University of Otago.

He told a finance, strategy and development committee meeting last month discussions were going on about where the costs fell.

Mr Farry said yesterday there was no update on that matter yet.

Project managers had assured him the plaza, and the exterior of the nearby extension to the north stand that would house the Academy of Sport and the Highlanders, would be completed on time, before the stadium's first Rugby World Cup game on September 10.

On the inclusion of an open Anzac Ave in the artist's impression, he said the trust and the university had wanted the road closed, at least most of the time, to allow for "major pedestrian traffic" between the university's buildings at the stadium and the rest of the campus.

Cr Brown said the road would be closed for events, although no further restrictions were planned "at this stage".

The budget for the plaza was "definitely" within the stadium budget, and was not an extra cost, he said.