Stadium roof to have irrigation 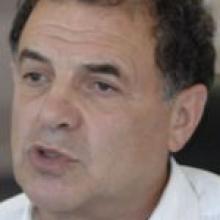 Malcolm Farry
The Forsyth Barr Stadium will have an irrigation system installed on its roof to make sure dew does not block light to the facility's turf during winter.

Carisbrook Stadium Trust chairman Malcolm Farry said this week the system would ensure light was not blocked, and provide a back-up cleaning system for the ethylene tetrafluoroethylene (ETFE) roofing material.

The inclusion of the system was noted in a report to a Dunedin City Council finance, strategy and development committee meeting next Monday.

It was decided then to continue to monitor the situation, to see if the problem was significant.

Mr Farry said this week dew had the "potential for nuisance value", rather than being a serious problem.

Because the system could also be used to clean the roof, and could be installed within budget, it was decided to go ahead.

The ETFE manufacturers had said the roof was self-cleaning, but the irrigation would provide back up "if that property was not perfect".

Mr Farry also said design work on the New Zealand Academy of Sport's South Island performance centre, due to be built behind the north stand of the stadium, had been approved.

The council agreed to the $4.8 million addition to the stadium late last year, after Sparc confirmed a $1 million grant for the two-storey building, which Mr Farry said was still on track to be finished before the Rugby World Cup, despite the short time- frame.

Dunedin Venues Management Ltd confirmed the private sector funding for the stadium, raised by sponsorship and the sale of seats, reached $41.2 million at the end of March.

DVML has to raise $45.5 million for the project.