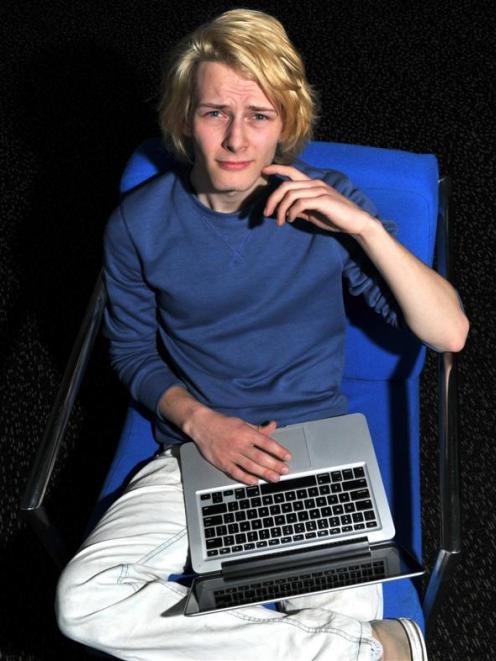 Anton Hovius.
The University of Otago's ban on pornography in residential colleges is being slammed as an attack on student freedom.

Internet access at the colleges - most are university owned - runs through the university's network.

Certain websites, including file sharing and pornography sites, are blocked.

University student accommodation director James Lindsay rejected Mr Hovius' concerns, saying the primary aim of colleges was to provide an environment where students could focus on their studies.

Mr Hovius, who recently unsuccessfully stood for the position of Otago University Students Association's colleges officer, said he was not the only one who felt it was an unfair restriction.

''I know a couple of friends who have been given warning notices from [Information Technology Services] down at the university, informing of their inappropriate use of university resources.''

As adults, students in halls should not be limited from using the internet as they saw fit, which included accessing pornography and file-sharing sites.

''It doesn't make sense when you are paying 340 bucks a week [which covers full board and food], to have the university interfering with what you are doing in your private time.''

There was also ''widespread'' concern over increasingly harsh alcohol policies at many of the colleges.

Examples included being able to consume a maximum of only three drinks in the colleges and kicking out students who were drinking, as early as 7pm, but in most cases about 9pm.

Rather than improving the situation, the policies forced students on to the streets (and botanic garden) and encouraged ''risky drinking behaviours''.

''At around about 9pm you will have a procession of drunken, hooting, short-dress clad females, with two bottles of wine stumbling their way into the [botanic garden].''

Instead, a middle ground should be found where students were allowed to drink in the colleges longer. Mr Lindsay said Mr Hovius appeared to ''have overlooked the primary aim of a college environment''.

''This is a scholastic community that offers the best opportunities for students to succeed in their academic studies and enjoy their time while being considerate of others.

''Of course, when a large number of young people live together in close quarters, rules are needed for the good of the community,'' he said.

This was particularly the case at this time of year when students were studying for exams.

''The rules are not unrealistic and do not create a binge-drinking environment.

''In fact, we find the vast majority of students take the opportunity to work hard and focus on their study.''

On the issue of internet usage, Mr Lindsay said young adults who chose to live in colleges ''are expected to adhere to reasonable rules around accessing internet sites''.

''From OUSA's perspective, we are concerned about ensuring there are safe environments for students to drink in.''

The university implemented a system which blocked websites and downloads which breached its internet usage policy in 2012.