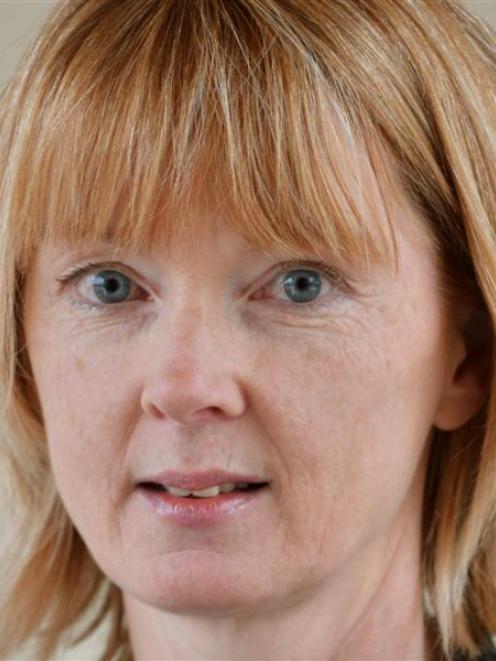 Carolyn Howard.
The Dunedin City Council risks more ''volatile'' returns from its $76 million Waipori Fund if it opts for an ethical investment strategy that shuns the likes of the armament and tobacco industries, the council says.

The warning came as councillors considered how to consult the community over the need for a new approach to the fund's investments at yesterday's full council meeting.

Councillors eventually agreed to tweak the wording of a statement to be included in the council's draft budget for 2014-15 when it was released for public consultation.

The draft statement, in a report by council financial planner Carolyn Howard, said the fund already avoided the armaments and tobacco industries, but that decision had never been formalised by the council.

Councillors needed to decide whether to endorse that by adopting an ethical approach to guide the Waipori Fund's investments, and wanted the public's input, the statement said.

However, after a round of questions and debate at yesterday's meeting, councillors agreed to add to the statement by noting the risk of more volatile returns in the short term, while evidence of a long-term impact was ''inconclusive''.

Council group chief financial officer Grant McKenzie told the meeting evidence suggested a change in the fund's mix of investments could result in ''significantly more volatility'' in the short term, meaning annual results would be ''more up and down''.

Councillors voted to press ahead despite the note of caution, with Cr Jinty MacTavish suggesting changes should be enacted as quickly as possible, while Cr David Benson-Pope warned it was a complex area.

The council's responsibility to be ethical was already clear, but it needed public input on how broadly to extend that ethical approach, he believed. That included whether a ban on investing in the armaments industry should extend to companies that made GPS units with military applications, for example.

''I think we should send out a message with this ... and say we are going to invest ethically ... [and] we would like your input about the breadth of that definition,'' he said.

Cr Hilary Calvert warned the council would be ''looking for trouble'' from consultation, given the complexity of the issue, and should instead make its own decision.

Cr Richard Thomson said that might be true, but consultation on a ''reasonably soft'' question would help inform councillors.

Councillors voted to press ahead with consultation on the statement, which was also tweaked to refer only to direct investment in the armaments and tobacco industries.