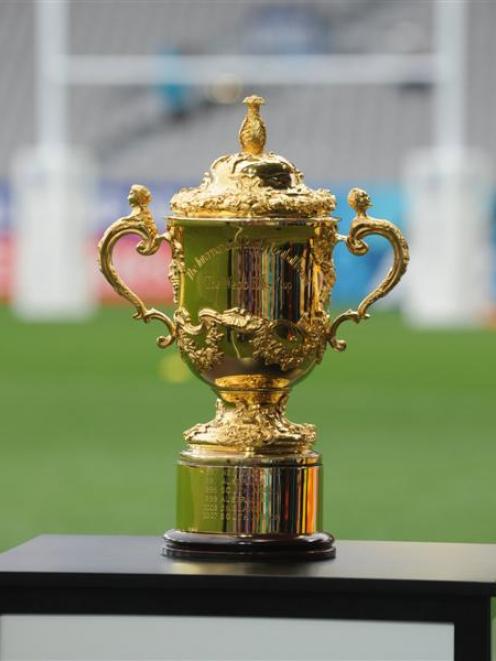 The Webb Ellis Cup. Photo by Peter McIntosh.
The trophy that became a fixation for the country last year will be on display at the North-South rugby match.

The Webb Ellis Cup, the trophy of the World Cup, will be at Forsyth Barr Stadium on Sunday.

After some public pressure, the New Zealand Rugby Union has decided to send the trophy south.

The cup will be on display in the South Stand, on the level two concourse between 12.15pm and 1.45pm.

It will be in Auckland on Saturday night for the first test of the year when the All Blacks take on Ireland at Eden Park.

Tickets have picked up for the North-South match, with about 4000 sold as of yesterday.

Interest spiked this week with the teams being announced, and it is hoped a crowd of about 6000 will attend the match.

The game is part of the rescue package organised to save the Otago Rugby Football Union from liquidation. All profits from the game will go to Dunedin Venues Management Ltd.