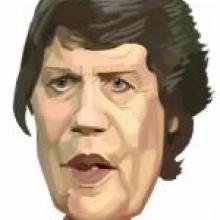 Prime Minister Helen Clark does not believe there is a looming ‘‘power crisis'' and blames opposition MPs for sensationalising the issue.

Energy sector bosses met last week to look at pressures on the system. Those pressures include lower than usual lake in-flows, the Cook Strait cable being down to one operational pole, the Huntly power station at less than full capacity due to cooling issues, and the unplanned closure of a Contact Energy plant in Taranaki coinciding with planned maintenance at other plants.

Meridian Energy chief executive Keith Turner said after the sector meeting last week that he believed the country would get through winter without a power crisis, but it would be tight.

Miss Clark yesterday said she also believed the system would hold up - as it had done in other years when under pressure.

‘‘Our political opponents scream power crisis regularly and we have always managed our way through,'' she said.

When two-thirds of the country's electricity came from hydro lakes in a predominantly dry part of the country, there were always going to be ‘‘difficult years''.

That is why there would always need to be a backup of fossil-fuel powered plants. The Government had only received 24-hours' notice of the shutting down of part of the Cook Strait cable, which had ‘‘raised eyebrows'', Miss Clark said.

Dr Turner last week told Parliament's commerce select committee that work was under way to mitigate the risk, with the second pole of the Cook Strait cable being partially reopened.
Planned maintenance would be completed by winter.