Key 'just horsing around' with waitress 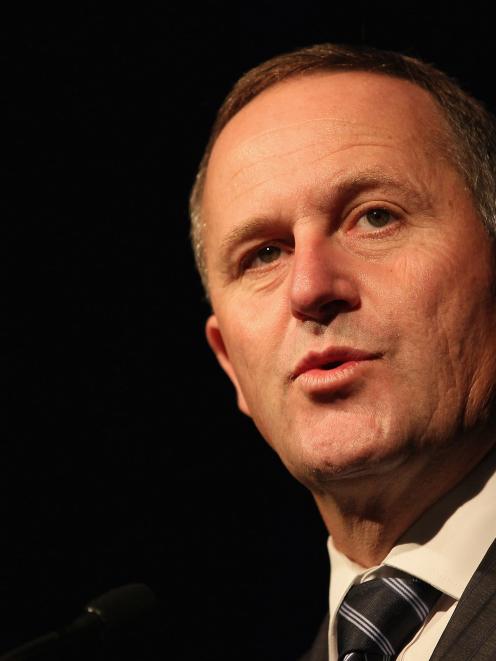 John Key
Prime Minister John Key says his pulling of a ponytail, which an Auckland waitress described as bullying, was just a case of him "horsing around".

Mr Key has apologised to the waitress who accused him of harassment and bullying after he pulled on her pony-tail on repeated occasions.

In an anonymous article on the left-wing website The Daily Blog, the waitress said Mr Key behaved like a "schoolyard bully" when visiting her unnamed cafe in the past six months.

She said he later apologised by giving her two bottles of wine.

Mr Key told One News he was a regular at the cafe, which he had been going to for years, and he had a "fun relationship" with staff.

"There's always lots of horsing around and sort of practical jokes and that's all there really was to it," he said.

Mr Key said his actions were inappropriate in hindsight.

"But in the context of we have lots of fun and games there, there's always practical jokes and things," he told One News.

"It's a very warm, friendly relationship. In that context you'd say yes, but if you look at it now, no."

But a female customer at a Parnell cafe frequented by Mr Key told the Herald this afternoon she was surprised by the Prime Minister's actions.

"Whether he thinks it was a joke or not, it's still not right. You shouldn't be pulling her hair."

The woman, who identified herself as Joyce and who has long hair, told the Herald she had had her hair pulled "as a child" but not as an adult.

"It is very strange.

"I just think it's out of character that he does that. I would be interested to know what makes him think it's okay to do that."

She had met Mr Key on several occasions and was impressed with his leadership following the global economic crisis.

However, as a "smart" politician he needed to be a diplomat and "sensitive to public opinion."

"I'm very surprised he thinks that is okay, and that he keeps doing it. I don't know, there's a lot if mixed messages here."

Earlier today, a spokeswoman for the Prime Minister confirmed that Mr Key had apologised to the woman.

"It's a familiar cafe which he regularly visits with Bronagh and both have a good relationship with those who work there," the spokeswoman said.

"His actions were intended to be light-hearted. It was never his intention to make her feel uncomfortable and he has apologised to her."

'I couldn't believe it'

In the article, the waitress said Mr Key began frequenting the cafe at which she worked before the general election in September.

"In the beginning, the first time he pulled on my hair, I remember thinking to myself he's probably just trying to be playful and jolly, seeing as the general consensus of most who meet him is 'he's such a nice guy'.

"The next time he came up behind me and pulled my hair I was annoyed. Great, I thought, this wasn't just a one-off. Despite my obvious annoyance I didn't comment on his behaviour.

"It then happened yet again when he next visited the cafe and again I didn't respond verbally, but everything about my body language screamed I DON'T LIKE THAT."

She said that despite her obvious annoyance, Mr Key continued to touch her hair on visits to the cafe with his wife Bronagh in February and March.

"I stood with my back to him filling water glasses, and he pulled my hair before once again pointing the blame at Bronagh. I couldn't believe it, he was still persisting and by now he had definitely got the message that I was not enjoying it - that seemed to be why he was enjoying it so damn much. It had really crossed the line by this point and I didn't need to tell him to stop because now Bronagh herself was already telling him to stop what he was doing..."

During a visit on March 26, the waitress said she threatened to physically stop him from pulling her hair.

"As he made his way out the door I said after him 'Please STOP or I will actually hit you soon!' He'd made it clear that he just didn't care."

She added: "Everybody knew that I didn't like it, I really didn't like it. I felt powerless and tormented and I stepped out the back and I cried frustrated tears."

Mr Key returned to the cafe soon after and gave her two bottles of his own brand of pinot noir and said: "This is for you, sorry, I didn't realise."

The waitress said his comment was "almost more offensive than the harassment itself".

She said she only kept the red wine because she wanted evidence of his apology.

"John seemed to think that his job demanded less professionalism than that of a waitress, yet he's the one that's running our entire country.

"I'm telling this story because I'm the only one who can and it seems he needs reminding that he's not a god, he's just a man."

"New Zealanders know you can't walk into a cafe and start tugging on someone's hair, especially if they've told you they don't like it," Mrs Turei said.

She said Mr Key should be held to the same standards as the rest of New Zealanders.

"A lot of New Zealanders know what it's like to feel as if you're not taken seriously in a job. As politicians our job is to make people feel safe at work, not bullied.

"This is another case of National men behaving badly. We should expect higher standards of behaviour from our Prime Minister, not this weird hair pulling.

"It's a sign of how out of touch John Key has become when he can't even monitor how inappropriate his personal behaviour is, and when people are not comfortable with how he is behaving."