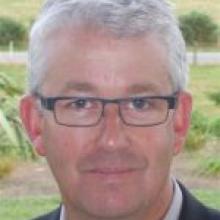 Phil Melhopt
The incoming Central Otago District Council faces a tough decision at its first meeting: who should be responsible for water-metering policy and strategy - the council or its community boards?

The council's chief executive, Phil Melhopt, has recommended the council develop a district policy and strategy for its four community boards to implement.

In a report to be considered at the council's first meeting on Wednesday, Mr Melhopt said since the council adopted its drinking water strategy in 2007, water-metering had been slowly "rolled out" across the wards.

Its implementation had "evolved" rather than follow a clear plan. The introduction of water-metering has been controversial and Mr Melhopt outlined the key criticisms.

These included a lack of consideration for extraordinary users like schools, churches, sports clubs and other community organisations, an insufficient allocation to support gardening and keeping towns green, a lack of consultation with the community, poor communication and varying allocations and charges in different wards.

Community boards within the district - Cromwell, Roxburgh, Maniototo and Vincent - set the allocations and excess water charges for the water supplies within their respective areas.

"Community boards are essentially left alone to determine their own strategies, funding and levels of service of their respective water, wastewater and stormwater schemes, including how water-metering is implemented," Mr Melhopt said.

The boards also recommended to the council all funding decisions associated with the schemes.

The councils' Drinking Water Strategy and subsequent water-metering had largely been influenced by the need to upgrade district water schemes to meet Health Act requirements, he said.

The Lake Roxburgh village and Omakau water schemes needed to be upgraded urgently. Both schemes had the highest targeted rate in the district for water connections - $534 for Lake Roxburgh and $627 for Omakau.

Those communities were struggling to afford an upgrade.

Alexandra and Cromwell wastewater scheme consents were due to expire. The early estimates of the capital cost of the Cromwell scheme upgrade ranged from $17 million to $34 million. That was also "possibly unaffordable", Mr Melhopt said.

Only the council was able to borrow funds if money had to be raised to finance capital works. Community boards could not be delegated the power to borrow funds.

The council should consider its role in setting district-wide levels of service for water and wastewater schemes as the service often had wider district implications, he said.

For example, poor water quality in any water scheme had an impact on the district's reputation. Also, the wastewater discharge quality at Cromwell had a downstream effect on Clyde, Alexandra, Roxburgh and beyond into the Clutha district.

Mr Melhopt said a district policy on water-metering would make the system more equitable and more efficient across the district.

A separate report on the council's Drinking Water Strategy, with more details about the future options for water-metering, will also be presented to the meeting.