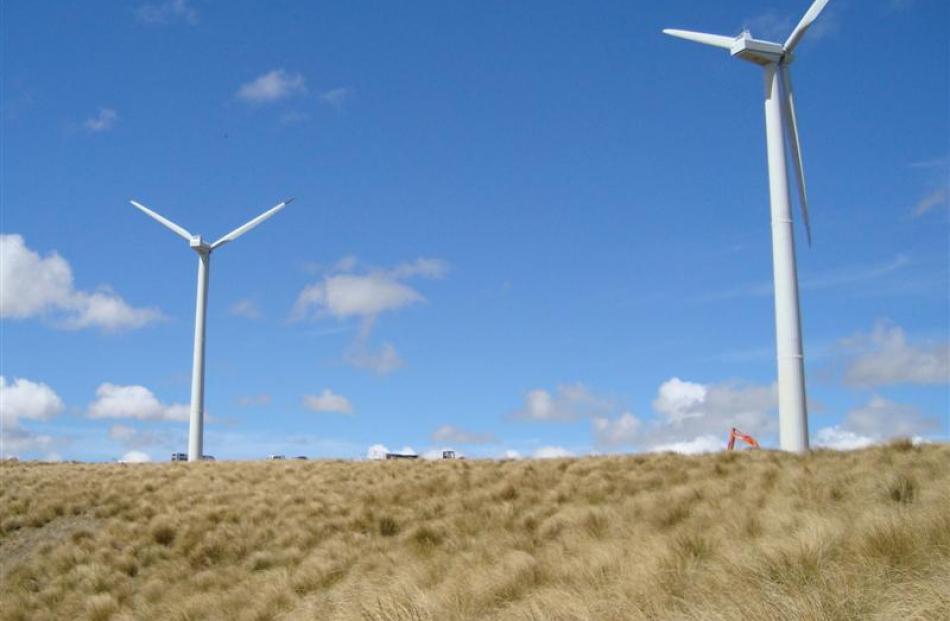 These wind towers near Roxburgh should soon be generating Otago's first wind-powered electricity. 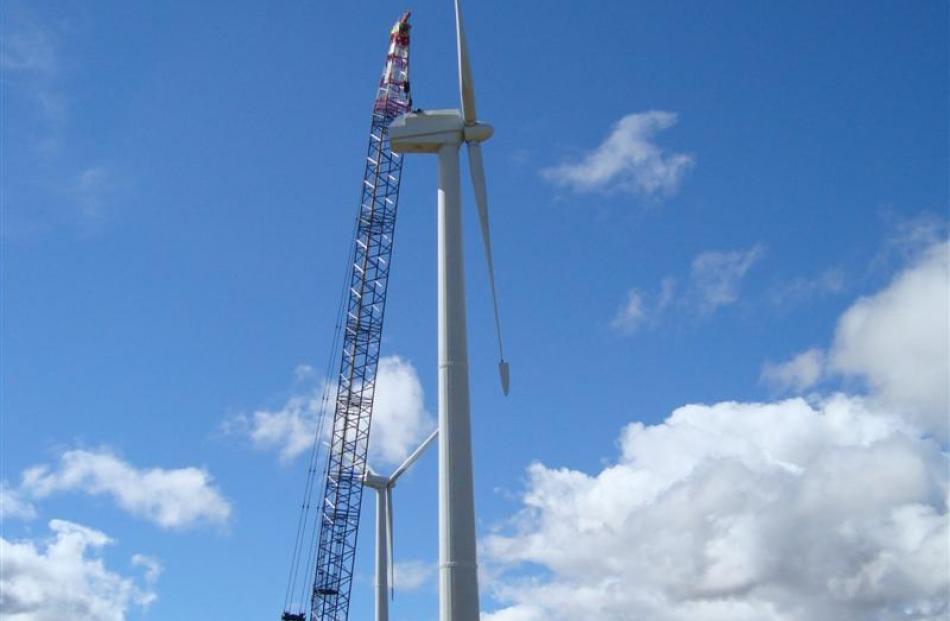 Otago's first wind-generated electricity is likely to be produced by the end of this week.

The project was "up and almost running" with work nearly completed on installing on three 45m tall wind turbines on land 15km east of Roxburgh between the Horseshoe Bend power station and dam, on the south side of the Teviot River.

"As far as I'm aware, it will be the first wind-powered generation in Otago, " Mr Dowling said.

The company received planning consent from the Central Otago District Council for the operation two years ago. Foundations for the towers were laid in January and February this year and work resumed at the site in spring.

"It's been a big project, getting the towers on site, and lots of planning went in, but it's all gone relatively smoothly," he said.

The towers were transported in three sections to the site and each blade is 45m in diameter. They were manufactured and used in Europe and two people had travelled from Holland to help the company install the towers.

The first generator should be running by this weekend, the second one operational by the end of next week and the third one soon after.

"At the moment they're up, but they've got the brakes on."

Each one could generate a maximum of 750kw, enough to provide power for between 250 and 300 households, Mr Dowling said.

Pioneer already operates the Horseshoe Bend hydro-electric generation facility in the area, so the infrastructure and transmission lines were already in place. The towers were placed on company land.

Mr Dowling declined to reveal the total cost of the project but was reported earlier this year as saying it cost several million dollars.

TrustPower is expected to announce early next year when it will start building its $400 million, 200MW Mahinerangi wind farm, which was granted resource consent by the Environment Court last December.