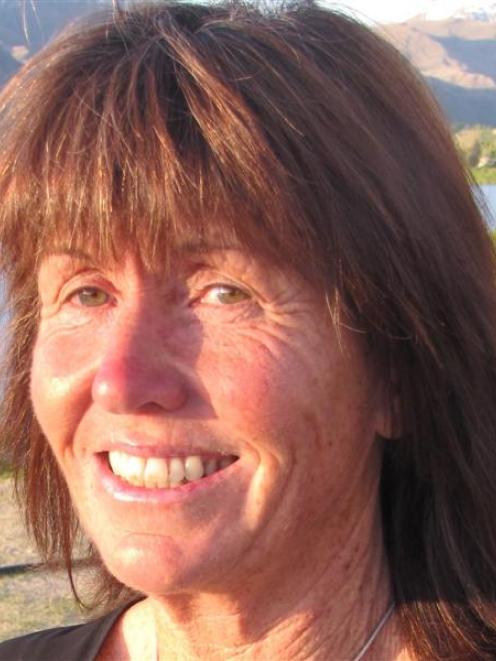 Jude Battson.
Wanaka Wastebusters was dealt a serious blow by the Queenstown Lakes District Council yesterday, when the plug was pulled on its kerbside recycling contract in favour of Auckland-owned company Smart Environmental Ltd, which significantly undercut its competition.

Wanaka ward councillor Jude Battson yesterday called for a march on the mayor's office demanding an explanation. She helped start the organisation in 2000 but was outvoted by members of the infrastructure and services committee, which made the decision with public excluded in Queenstown yesterday.

"I am gutted. I have been in politics long enough to know that I am big enough to get over it. I liken it to 2007 and 2003, in terms of the All Blacks. But it is like the rug being pulled out from under your feet.

"Wanaka Wastebusters is essential. We need them to continue with all the essential things ... It is not just about picking up rubbish from the side of the road, it is about community," Cr Battson said.

Wanaka Wastebusters is operated by a charitable society and has more than 30 employees, seven of who are involved in its kerbside recycling entity, Remarkable Recyclers Ltd.

Upper Clutha Recycling and Environmental Society chairman Ross McRobie said he was "highly disappointed" and was thinking about the staff.

It was not clear how many jobs would be lost or what the flow-on effect might be. The trust needed to look at what was profitable and viable, he said.

"Highly disappointed to say the least. It's going to affect a lot of people. A $1 million payroll goes into the community from Wastebusters. That will change dramatically. [Committee chairman] Lyal Cocks has told me there may be other types of contributions which the QLDC may be able to put our way, but I haven't seen anything yet . . . I think the community will have something to say, one way or the other," Mr McRobie said.

Smart Environmental Ltd already holds a kerbside collect and processing contract in Queenstown and operates at the council's Wakatipu Recycling Centre, built for $1.5 million in 2007. It won the tender from two competitors, one of which was Wanaka Wastebusters, and will start Wanaka collections on March 1, for $310,400 a year for six years and the right to a three-year extension.

It will also get a one-off $61,200 to provide Wanaka ratepayers with a second recycling crate.

Other attributes in its tender included glass colour separation at kerbside, diesel-efficient vehicles and tree planting to offset carbon emissions.

Wanaka Wastebusters' tender has not been released but is understood to have been less than the current year's price of about $400,000.

The new contract would save each residential ratepayer in the whole district $19, QLDC solid waste manager Stefan Borowy said yesterday.

Wastebusters manager Sue Coutts yesterday said staff were "gutted" when they learned the recycling centre had lost its biggest contract.

"There are not many places in New Zealand where the community gets together to start a recycling centre and now we gutted that our work is going to some guys in Auckland, she said.

"I can understand [Wastebusters staff are reeling]. It was a very difficult decision. ... I was surprised there was such a big difference in the tenders," Cr Cocks said.

He said he expected a community backlash from the decision.

Wanaka Wastebusters was an "institution" and the council would support its other local and national projects, Cr Cocks said.

She thought recycling standards would drop.

"It is quite sad. It is a noble enterprise by the community and it seems sad that everything is going back to people in Auckland ... Everybody loves it.

People come here on holiday and go out there. It employs local people and people who wouldn't find employment in other places. And they are so passionate about it," Mrs Middleton said.

The decision was made on 4-1 majority. In favour were Cr Cocks (Wanaka) and Crs John Mann, Lex Perkins and Trevor Tattersfield (all Queenstown).