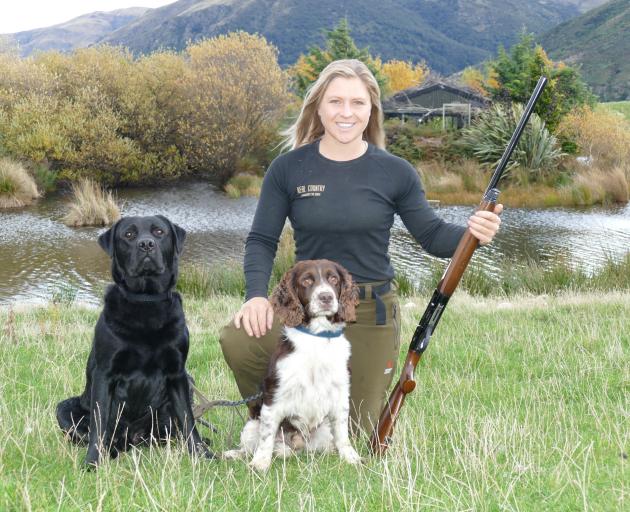 Last weekend was no different, as the Kingston tourism operator headed out to a pond just south of Kingston, to what she laughingly calls the "mai mai mansion".

With a bar and pool table inside, it was a far cry from her first mai mai.

"It was a couple of car seats, a bit of corrugated iron, and some shrubs."

Originally from Mossburn, Ms Douglas (32) said she first went out shooting when she was about 8.

"My earliest memory is going out with dad and my younger brother.

"Dad's telling you to be quiet, and you're going `Look dad, there's a duck'."

The first shoot of the season on Saturday morning proved to be a good one, as five ducks were retrieved.

"It was a good morning, good conditions."

Ms Douglas said it was nice knowing all of her friends were out doing the same thing, at the same time.

"In New Zealand, the only other time you get that is when the All Blacks play."

Ms Douglas is the owner and operator of Real Country, a tourism business based near Kingston that gives tourists a taste of New Zealand rural life.

"I love teaching people to shoot, and feeling that satisfaction when they get the confidence to do it," Ms Douglas said.

Some people were surprised to find a young woman running a business of that nature, she said.

However, she had found her female guests were more confident to give things a go if they were being taught by a woman.