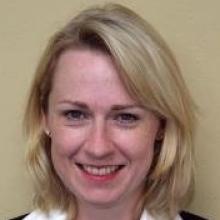 Therese Walsh
Ticket sales for the 2015 Cricket World Cup are going ''really well'' but ''Dunedin is one of the stars''.

Therese Walsh, who leads New Zealand operations for the World Cup, told the Otago Daily Times the tickets allocated for the public for the Black Caps match against Scotland at the University Oval on February 17 had all been sold. But, and this is an important but, if that last piece of news left you distraught, there maybe more tickets allocated in the future.

''But there are also some other games outside of those that are doing well. But when I look at Dunedin specifically, we have exhausted the current public allocation for New Zealand versus Scotland.

''So that is about half the [venue] which is sold out. The reason it is not the whole [venue] is because with global events like the Rugby World Cup of Cricket World Cup you have to keep back a portion. In this case it is around half of the ground for international travelling fans.

''What we will look to do is review that and see if that can be refined nearer the time. So it might be by next summer - I can't guarantee it - you might find some tickets come back on to the market.''

The University Oval has a capacity of 5000 but only 2500 tickets were allocated for the public.

For people who have missed out, they can visit the Cricket World Cup website and go on a wait list. They will get a ''heads up'' if more tickets are offered.

There are still plenty of tickets available for the Sri Lanka-Afghanistan and Afghanistan-Scotland games also being held in Dunedin.

''Again, the advice is get in quick. If we have sold this many tickets by now then the demand is clearly there.''