After disappointing in his last start when forced to do work mid-race, Hope saved the Quite Easy trotter for one late run.

Easy Pickings sustained a long sprint from the 700m to score by a head at the finish.

“He has got a bit of speed and he has got a lot of gate speed too,” Hope said.

“In this grade he is really competitive, but in the next one he has to take his turn until he drops back.

“He would suit racing in Australia.”

Hope’s win with Easy Pickings backed up his highly impressive victory at Addington on Friday night with Muscle Mountain when the 6yr-old outsprinted his rivals in race 9.

The 4yr-old, trained by the driver’s mother and father, Greg and Nina Hope, produced an outstanding performance when beating top-class trotters in his first attempt in free-for-all company despite sitting parked throughout.

“We were rapt; he went super,” Hope said.

“Majestic Man probably raced below where he usually can, but at the end of the day he still had to do it.”

Hope reported Muscle Mountain has pulled up well after digging deep for his tough victory.

“He is probably a bit tired, but he hasn’t shown any signs of it.”

“We try to look after him between his races because he tries so hard and takes so much out of himself.”

The Hope camp will be relying on a good boost to Muscle Mountain’s ranking for the New Zealand Trotting Free-For-All from his Addington win. The Hope stable is not planning to start their 4y-old before the New Zealand Cup day feature.

If the horse does not leapfrog others into the race when the rankings are updated this week, Muscle Mountain could also gain a start when other horses ranked above him withdraw.

The Oamaru meeting’s feature pace, race 8, was won by Under Wraps for trainer Graham Court and driver Blair Orange.

Under Wraps dropped into the 2600m mobile after clashes with smart types at Addington starts. 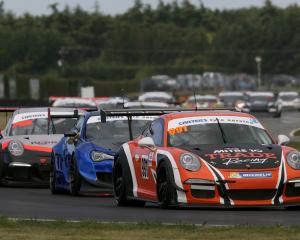 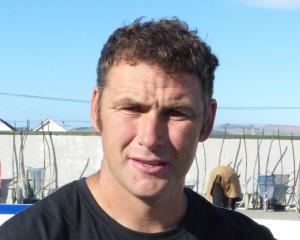