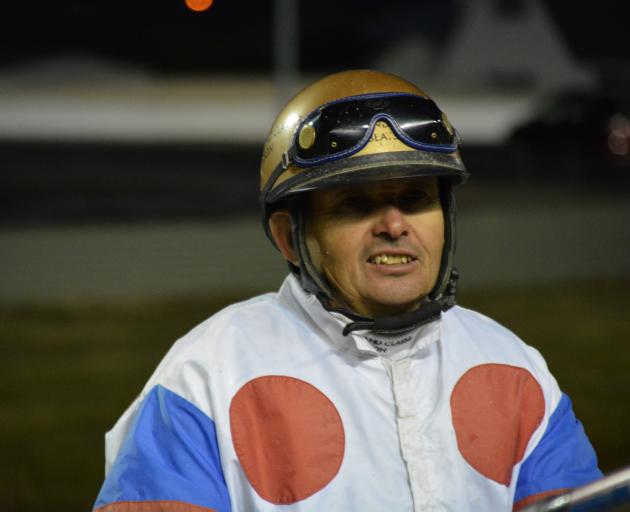 Ricky May
Driver Ricky May received the biggest thrill of his comeback to race driving when Stylish Memphis won the group 3 Southland Oaks at Ascot Park yesterday.

Stylish Memphis burst out of the trail to power to victory in the 2700m feature and set up a big day for trainer Mark Jones, who went on to claim the group 3 Southern Supremacy Stakes with Burnham Boy.

Stylish Memphis’ victory completed her epic reunion with May, who drove the filly the night before his well-publicised collapse during the Central Otago Cup in January.

Then, she ran the second of two group 1 placings behind Amazing Dream in the Sires Stakes final.

Although yesterday’s race was not a group 1, to return to the sulky and drive the now 4yr-old to win an Oaks was a big thrill for May.

“That is a huge thrill; it was great to win that race with her.”

“I won the Banks Peninsula Cup with One Apollo and now to win this is a pretty big thrill.”

“It is great to be back to where I was.”

“I feel like I have been driving all right since I came back, but I haven’t been driving that many good horses.”

May showed his class with one of his typically patient drives.

When taken on early by eventual third-placegetters, Watch Me Now and Kirstin Barclay, he made the crucial decision to hand the lead away in what most would consider a bold move when driving a $1.80 favourite.

Stylish Memphis then showed how potent she is when getting such a soft trip after May angled her off the inner before the home turn.

“She proved when she went to Australia how good she was.

“She is looking a million dollars and she is probably only going to get better with a wee bit more racing.”

“Mark has done a great job with her.”

Need You Now claimed second behind Stylish Memphis, fighting on bravely after having to sit parked.

Samantha Ottley rated Burnham Boy to perfection in the lead to set up his win in the group 3 Southern Supremacy Stakes final.

The half-brother to former star mare Venus Serena nosed out home-town favourite Ragazzo Mach in the most thrilling of finishes to win the $30,000 feature in just his third start for trainer Robert Dunn.

And the John Dunn-driven 3yr-old had to be sensationally quick to do it, coming off the back of the favourite Ragazzo Mach on the $30,000 feature’s sizzling 26.8sec last 400m.

“It was a good effort to get there when they were running the last quarter [400m] that quick,” John Dunn said.

Dashing Major will now clash with star 3yr-olds Krug and It’s All About Faith in the Sires Stakes Final on New Zealand Cup day.

“He will go straight in to the Sires Stakes final on cup day now,” Dunn said.

“It is going to be hard for him racing Krug and those good ones.”

“He is still green and a bit dumb.”

“But hopefully this trip is the making of him.”