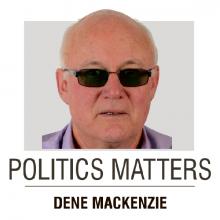 Today marks the start of the comprehensive election coverage by the Otago Daily Times. Each Saturday leading up to the election,  political editor Dene Mackenzie will analyse the past week’s announcements by the major political parties. Previews of campaign launches or significant developments will be included in the Politics Matters column. Closer to the election, the newspaper will devote a page a day to news and analysis of local and national political matters. With the latest opinion polls showing a significant rise in popularity for Labour and its new leader, Jacinda Ardern, the election result on September 23 is no longer a forgone conclusion. As a result, close attention will be paid to the policy positions of the two major parties and their possible coalition partners.

Labour leader Jacinda Ardern has the opportunity tomorrow  to not only lift the spirits of party supporters but also drive more fear into the heart of the National Party.

The charismatic new leader of the formerly beleaguered Labour Party will launch the party’s campaign in Auckland tomorrow.

She carries a significant weight of expectation on her shoulders but she will be ready for the challenge, knowing her speech will be analysed closely by National for any signs of weakness.

There has been undoubtedly been a ‘‘Jacindarella effect’’ from the installation of Ms Ardern at the top of the party.

Prime Minister Bill English has already led National to one election defeat, the lowest polling result yet for the party. He will be worried he is facing defeat again after Labour rolled Andrew Little and replaced him with Ms Ardern.

Not only did Ms Ardern rise to the challenge, but her deputy is well-regarded Maori MP Kelvin Davis, known to be more to the right of the party. The Ardern-Davis team has united Labour again after nine years of disarray.

Labour MPs Damien O’Connor and Stuart Nash will feel more comfortable with their party now Mr Davis has a seat at the top table. Messrs O’Connor and Nash were seen by the left of Labour as MPs to sideline. Now, those two, along with Mr Davis, will bring back to the party some of the more centrist supporters.

Ms Ardern has indicated Labour still wants to increase taxes and charges, even with the suggested return of the earlier discarded capital gains tax. A tax on water needs to be explained to those most affected and Labour will need to commit to either a higher top tax rate or a declaration current tax rates will remain the same.

The latest Colmar Brunton Poll is good news for Labour, with the party rising from 24% previously to 37%. The rise appears to have come mostly from the Green Party which slumped to 4.3%, meaning no Green MPs will be elected from the list on current polling.

National has slipped and only its Maori Party coalition partners rose.Act New Zealand and United Future do not figure in the polls and United Future leader Peter Dunne is at risk of losing his Ohariu seat to Greg O’Connor. Act leader David Seymour, who is an MP only because National asks for the list vote in Epsom, needs to realise his continuing attacks are damaging National. Mr Dunne is making campaign promises he can never keep. So, too, is Mr Seymour.

The time has come for voters to start considering the policies of the parties most likely to be in government after the September 23 election: National, Labour, New Zealand First and the Maori Party.  Chances remain of the Greens, United  Future and Act being represented, but their sway with whatever government is in power will be limited.

FinanceFinance Minister Steven Joyce and Labour finance spokesman Grant Robertson square off tomorrow morning on TVNZ Q+A. Mr Robertson has not yet managed to get a full grasp on the finance role and should expect Mr Joyce to go on the attack. Both men are confident in their abilities and the finance debate will be one to watch.

HealthOf key interest to Otago-Southland voters is the fate of  Dunedin Hospital.

Labour health spokesman and Dunedin North MP David Clark forecast yesterday  Mr English will make an announcement today  on the future of the hospital.As the services and building continue to crumble, patients are waiting not so patiently for treatment. Health Minister Jonathan Coleman has made disparaging remarks about a ‘‘toxic’’ environment in one specialty  at the public hospital. There was a threat of money being taken away from the Southern District Health Board because not enough procedures had been carried out.

Labour is committed to a rebuild of Dunedin Hospital. Mr English must, by now, be aware of the depth of feeling in the city about health services.

During the building of the Forsyth Barr Stadium, the Otago Daily Times had to press Mr English, in his former role as finance spokesman, to get a firm answer on the provision of  Government money to help pay the bills. If he prevaricates on the hospital, he will likely pay the price in the city’s party vote which went National’s way at the last election.

HousingNational has lost control of the housing debate in New Zealand. Admittedly, some state  houses in New Zealand are not fit for purpose. The Government has sold off some, demolished others and found itself short of emergency housing  of the new term of ‘‘transitional’’ accommodation. This week, it was revealed the Government had bought motels at high cost  to house families caught without accommodation. Labour social development spokeswoman Carmel Sepuloni says it is cheaper to stay at The Langham, an Auckland luxury hotel, than emergency housing motels.

In response, Social Housing Minister Amy Adams said on Monday the Government was committed to helping vulnerable New Zealanders who need help with housing. ‘‘That’s why we spend over $6million each day helping 310,000 New Zealanders with their housing and accommodation costs,’’  Ms Adams says.‘‘Under this Government, there is a record investment in social and emergency accommodation. Last year we announced our plans to grow the number of social houses available, from 66,400 today to 72,000 over the next three years.‘‘In Auckland, we’re undertaking the biggest housing project since the 1950s, building 34,000 new houses over the next 10 years. This is on top of the hundreds more social houses being built in areas of high demand, like Wellington, Christchurch and Hamilton.‘‘We’re also taking action that no other government has to tackle homelessness, which includes our $20million investment into Housing First to help long-term chronically homeless into secure housing.’’ Campaign launchMs Ardern has plenty of material with which to work tomorrow. She has been in Parliament for nine years and is no beginner, something her opponents will be wise to remember.

Both Labour and National need New Zealand First to form a government, on current polling. NZ First leader Winston Peters has been sharply critical of the policy of both parties. But he is a deal maker and will, in the end, do what is best for him and his party.dene.mackenzie@odt.co.nz

I hope she does well and is not air bashed by Helen clark ....