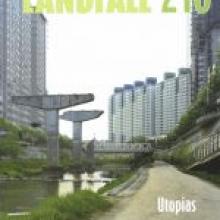 Editor Tim Corballis organised Landfall 216 around the theme of utopias - real, imagined, and presented in prose (fiction and non-fiction), poetry and in photography.

In "The New Colonists", Kirsten Warner reacts to news of billionaire developers buying land in the Bay of Islands by reflecting on the first contact there between Marsden and Ruatara.

John Horrocks offers an essay on the Chartist-inspired thinking of Carterton's Pakeha founder, John Carter, and reminds us that in welcoming Georgina Beyer, this small town, often overshadowed by its twee neighbour, Greytown, continues a long tradition of welcoming progressive thought.

Rather like the colour photographs of a Seoul motorway transformed into an urban walkway, or Barrett Warren's piece on public art in the former East Germany, some places make surprising utopias.

Gregory O'Brien, whose father made the most of Hamilton's Paul's Book Arcade days, does as good a job as anyone could in seeing that town as a cultural utopia.

The reviews section has always been one of Landfall's strengths and this issue is no exception, offering some particularly insightful reflections on the lives and works of veteran writers such as C.K. Stead and Fiona Kidman.

Landfall is available on subscription from the University of Otago Press (PO Box 56, Dunedin, $49.95 for two issues). 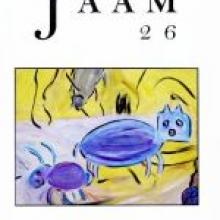 JAAM (Just Another Art Movement) is a younger journal.

Its pages are home to a few established contributors (Elizabeth Smither, Sue Reidy, Trevor Reeves) but its shorter pieces are dominated by emerging writers, not the heavyweights who dominate Landfall.

Nor does it have that mag's fancy typesetting, photos or reviews.

Instead, it's printed on basic, honest paper.

Why, though, can't designers remember to leave a reasonable gutter for those who will read in printed and bound form what sits so flat on the screens of their Macs?

Just a few millimetres more can avoid the struggle of forcing open the pages of the prose sections to catch those first and last characters as they disappear into the curve of the binding.

He invited prospective contributors to send in speculative fiction and poetry, science fiction, fantasy and horror especially, but did not impose a theme.

Some did, but the collection has a less structured feel about it than Landfall (no bad thing).

Stand-out items for me included Jenny Powell's poems, Helen Lowe's court intrigue in ancient Ithica and poem about the Trojan shore, Eden Carter Wood's cynical office worker in "The Resume" and L. E. Scott's reflection on the death of an older brother. 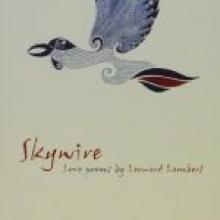 "TO wobble into love at the dingbat end of your sixth decade is remarkable enough," Leonard Lambert writes on the front flap of Skywire (Steele Roberts, $19.99, pbk).

"But to find someone who shares your own background and foreground as a painter, hard-yards poet and self-created individual is, I would guess, way out on the loopy end of any probability curve you could come up with."

So that's why this collection of love poems is dedicated to "my lady-love, Jan."

And that is why it has such a playful, joyful, startled-by-good-fortune feel as he reflects on people, places and incidents.

Lone wolves meet. People connect the blue skywire dismissed as "redundant" by the sparkie. Old poets get their due.

There's even warmth in his imagined funeral.

I love Lambert's playfulness with the language.-

He's not afraid of coining a word that stops you in your tracks, then leaves you smiling.

Take a couple of examples: abrupture in "Changing offices" ("the slam of abandon-/abrupture-/is no imagined wound") or disdameful in the wonderful "Hereford Street" ("men anonymous/dismissed by the skirted world/disdameful, defecting to the pub.") 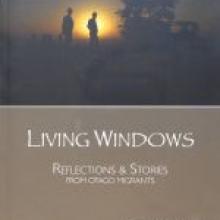 Amanda Dickson is a Kiwi returning after a long stay in Australia.

Others, foreign-born, are getting to grips with life in Otago.

The coast is important to several of them.

For Brazilian Luciana Nascimento de Carvalho, it's the freezing cold water at the beautiful and near-empty beach.

For Tushar Robins, it is the national breakfast.

"They are like little bricks of compacted wheat flakes," she writes to a friend.

"When you add milk and sugar to them they turn sludgy.

- Gavin McLean is a Wellington historian and reviewer.