Cutting room next stop for 'The Hobbit' 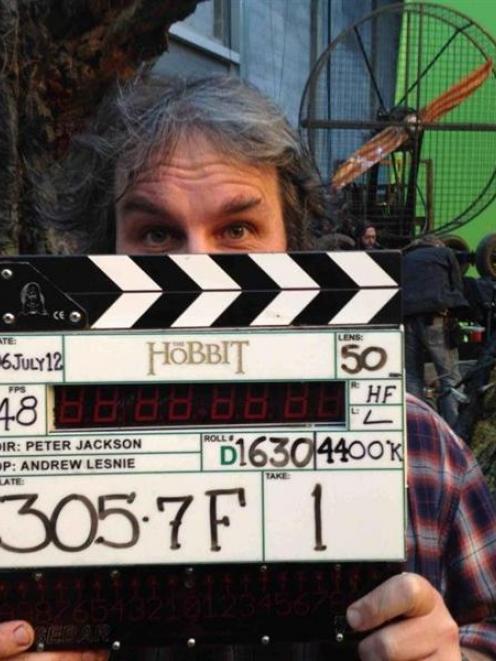 Sir Peter Jackson marks the end of principal photography on Friday of the eagerly awaited The Hobbit films, parts of which were shot in Otago. Photo supplied.
The Hobbit, featuring the vistas of Queenstown and Otago as part of Middle Earth, wrapped on Friday and entered the post-production phase before the world premiere of The Hobbit: An Unexpected Journey in Wellington on November 28.

"We made it! Shoot day 266 and the end of principal photography The Hobbit," film-maker Sir Peter Jackson said in a posting on a social networking site on Friday.

"Thanks to our fantastic cast and crew for getting us this far, and to all of you for your support!

"Next stop, the cutting room.

Strath Taieri, Central Otago, Treble Cone, and the Earnslaw Burn and Paradise near Queenstown, were among the New Zealand locations used by film-makers last year.

Many cast and crew spent their free time in and around the resort.

Tourism New Zealand revealed its mission to promote the country to the world as the place to visit, do business and shoot more films on location, based on The Hobbit, during the travel trade show Trenz, in Queenstown in May.

Sir Ian McKellen, known to millions of The Lord of the Rings fans as Gandalf the Wizard, returns in The Hobbit. The Oscar-nominated British thespian brought his one-man fundraising show to Wanaka and gave two sold-out performances in mid-June.