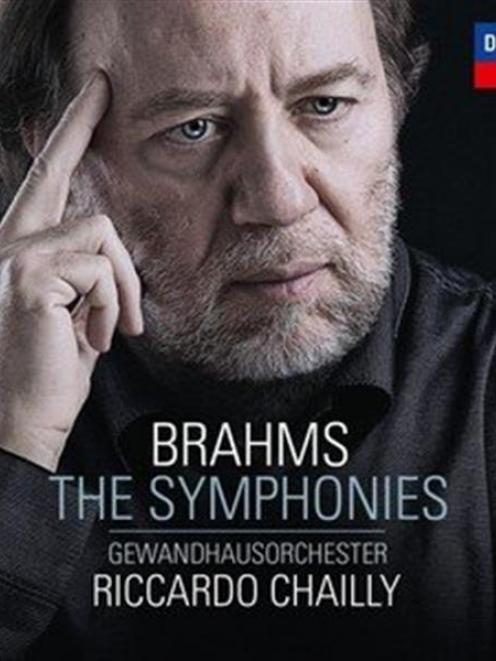 Following his 2011 Beethoven cycle, conductor Riccardo Chailly presents his highly regarded interpretations of the four Brahms symphonies - rethought after 25 years when he first recorded them with the Royal Concertgebouw Orchestra.

This generous set comes in a sturdy booklet and the music includes the Tragic and Academic Festival Overtures, Three Hungarian Dances (orchestrated by Brahms himself) and his Haydn Variations. There is also the rare revised opening of the Symphony No.4 adorning the programme on the first two CDs.

Then some fine rarities can be heard on disc three, including the world premieres of two piano intermezzi, Op 116 and 117 (orchestrated by Paul Klengel,) nine of the Liebeslieder Walzer (selected and orchestrated by Brahms), and the original version of the Andante of Symphony No.1.

Chailly is reported to have adopted a meticulous approach to the composer's instructions, re-examining scores and listening to records made by earlier conductors. This seems to have resulted in reinstating faster tempos that give a modern freshness and clear out any of the false pathos we sometimes hear.

Chailly has put the Gewandhaus orchestra back into international prominence, and the well-recorded performances reveal the passion and grandeur of Brahms minus Germanic gravitas, without losing any instrumental detail. These are masterly performances, with no grandiloquence, into which the conductor has injected his Italian qualities of drive and clarity.

This recording was released to coincide with residencies by the orchestra (250 years old) and Chailly in London, Paris, Leipzig and Vienna, playing the complete Brahms symphonies and concertos.