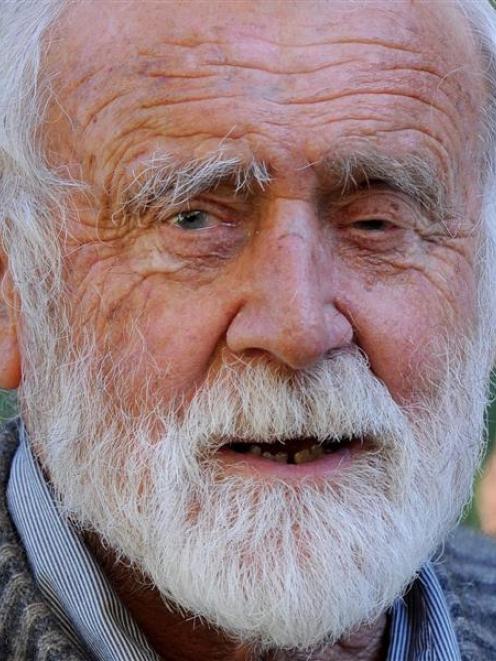 Alan Mark.
A petition calling on the Government to address a broad spectrum of issues, including climate change, has been dismissed by a parliamentary select committee.

The petition was presented by University of Otago Emeritus Prof Sir Alan Mark, on behalf of Wise Response.

The petition, which garnered more than 5000 signatures, was presented to Parliament in April last year.

It asked the Government to conduct a formal assessment of the risks associated with those issues, and to draft appropriate legislation to address identified threats.

In July, more than a year after the petition was presented to Parliament, Prof Mark addressed the committee about the petition, alongside University of Otago's Centre for Sustainability director Dr Janet Stephenson, University of Canterbury professor of mechanical engineering Dr Susan Krumdieck and Generation Zero co-founder Paul Young.

Late last week, the committee issued its response, which was subsequently presented to Parliament.

Prof Mark said he was ''disappointed'' in the committee's response to the petition, but ''not altogether'' surprised.

The Government's recent pledge to reduce carbon emissions, which was widely criticised as inadequate, ''reinforce[d] our concern that the Government really is largely in denial of the significance of this issue'', he said.

''Their response to our submission is consistent with that.''

Prof Mark said the Government considered ''economic development as number one, and other issues subsidiary to it''.

The committee response carried three minority views with it - one each from Labour, NZ First and the Greens.

All three parties had previously expressed support for the petition.

''It didn't actually address the issues raised by the petitioners,'' Ms Genter said.

In the Green Party's minority view, Ms Genter wrote the committee's response lacked ''any evidence of the Government understanding the connection between climate security and the need to have a long-term plan to phase out fossil fuel use in this century, and therefore decouple it from economic prosperity''.

Dunedin Mayor Dave Cull declined to comment extensively on the petition because the council had voted against endorsing it last year.

But he said local councils across the country ''would appreciate more lead and more direction from central government with regard to responses to climate change, etc''.

''We are already doing the work, and we are having to break the ground ourselves ... it would be most appreciated by local governments right across the country if the central government would take more of an active lead on that,'' he said.