A Dunedin group hopes to bring a regular supply of biodiesel to the city in a scheme similar to one already operating in Queenstown. 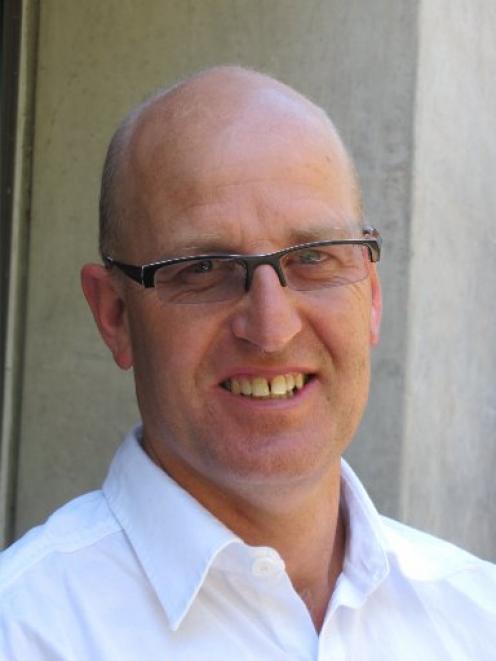 Steve Henry.
At a meeting on Friday organised by the Otago Polytechnic's centre for sustainable practice, 30 major Dunedin diesel users discussed setting up a consortium to supply fuel containing 20% biodiesel and 80% standard diesel.

Centre manager, and project leader of the Queenstown consortium, Steve Henry told the Otago Daily Times yesterday anyone would be able to pay to join the consortium and then, with a swipe card, fill their vehicle with the biodiesel, or "B20", mix.

"It's not a commercial petrol station. You have to be a member of the consortium to access the fuel."

The group already had three offers of land for a tank and expected the fuel would come from Biodiesel New Zealand's plant in Christchurch.

Mr Henry said the meeting decided to "build from the Queenstown experience" and apply it to Dunedin.

Some of the Dunedin businesses interested in forming the consortium used more than a million litres of diesel a year.

"A few of the big corporates ... clearly had company directives to reduce emissions by 10% and biodiesel is a very easy way to do that."

Having a supply of biofuel in the city would also help businesses who wanted to brand themselves as "clean and green".

"We're satisfied after the meeting there is a demand, because the one thing Dunedin's got that Queenstown hasn't got is 100,000 people who live here."

The Christchurch biodiesel was made partly from used cooking oil, some of it from Dunedin.

Mr Henry said the centre was not interested in manufacturing biodiesel from Dunedin's waste oil itself.

"It's a big enough job trying to pull together a consortium. All we're interested in is having more sustainable fuels. This is a mechanism to do that.

"Our goal is to prove the commercial viability rather than try to operate a fully fledged petrol station; because that's what petrol companies do. That's their job, not ours."

Mr Henry said the sustainability centre intended to "make it happen" and was planning to advertise tenders for the supply of the biodiesel, a tank and a pump.

He expected the cost of the biodiesel mix would be similar to the price of regular diesel.