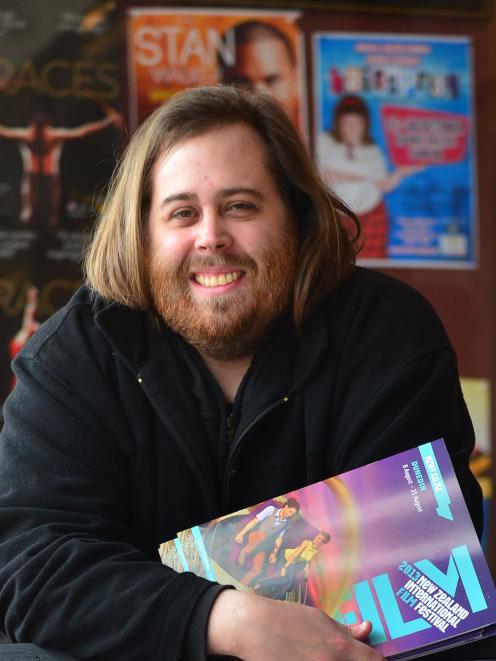 He is one of many movie fans who have been eagerly awaiting the 2013 New Zealand International Film Festival, which starts today.

''I've been going to the festival every year since I was 15. I think it was probably the film festival that really got me into films,'' the 33-year-old said yesterday.

''I'd have seen hundreds of films at the festival over the years. I saw 48 two years ago, but only saw 25 last year.

"I save for months before the festival, so I can go to as many as I can. It's a big event for me. It's probably my highlight of the year.

''It's absolutely great for Dunedin. The festival lets you see films you don't normally get to see. It's the best of all over the world and New Zealand.

"It's a brilliant showcase for New Zealand films and the Regent is an utterly beautiful building to watch films in,'' he said.

''Every year, I go to at least one and for the last five years I've gone to as many as I can afford to. I've got about 20 I'm really keen to see this year.''

His top picks this year are North by Northwest, Mood Indigo, Upstream Color, Much Ado About Nothing and Us and the Game Industry.

However, the star of this year's festival will undoubtedly be the $137,000 DCP (digital cinema presentation) package, which was installed last month, after a community fundraising effort.

For the first time, every film at the festival this year will be screened digitally.

''It's going to be really interesting this year, with the switchover to digital,'' Mr Collier said.

''Digital has a lot of benefits and is a lot clearer. With the old format, you'd sometimes get a film that had been through a lot of cinemas overseas and had a few scratches and was of poorer quality. [Film shot digitally] has an extra quality about it. I can't wait.''

The film festival is on in Dunedin at the Regent Theatre and Rialto Cinema, from August 8-25, and will also feature for the first time in Gore, from August 14-25, at the SBS St James Theatre.