Hotel bid off to court 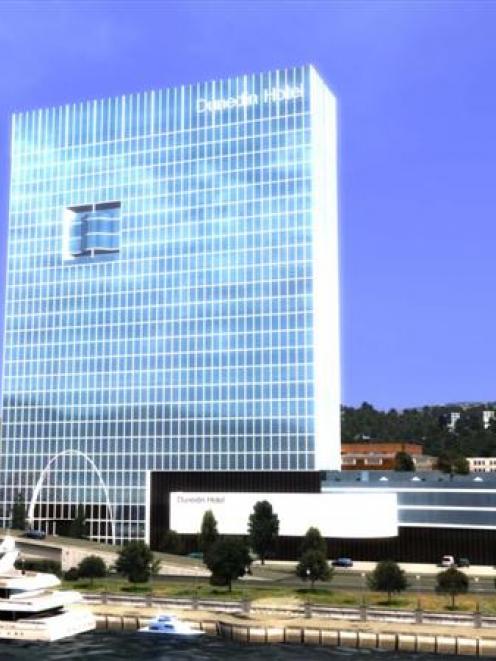 The company bidding to build a $100 million waterfront hotel in Dunedin is taking its fight to the Environment Court.

The decision by Betterways Advisory Ltd was confirmed by its director, Dunedin lawyer Steve Rodgers, yesterday.

Mr Rodgers told the Otago Daily Times the grounds for the appeal were ''the whole decision'' by the Dunedin City Council's hearings committee.

''We think the whole decision is wrong.''

The decision came after Betterways' bid to build the 27-storey hotel was rejected by the hearings committee on July 5.

The committee, chaired by Cr Colin Weatherall, cited a lack of information from the developers, concerns about the hotel's 96m height and the impact it would have on its surroundings.

Mr Rodgers said the team behind the hotel bid had obtained ''significant legal advice'' before deciding to appeal.

He would not pinpoint the exact grounds for the appeal yesterday, but said the committee erred in the way it weighed evidence in statutory tests set out by the Resource Management Act.

''We think they weighed the evidence the wrong way ... basically, across the whole lot.

''We aren't happy with any of their decisions where the evidence found against us,'' he said.

Lodging the appeal meant the parties - including all 507 submitters - would be notified by the court and given one month to decide whether to join proceedings.

It would also open the door to mediation between the parties, including between the council and Betterways, which Mr Rodgers hoped might yet pave the way for a negotiated solution to the standoff.

However, failure to reach agreement would mean a court battle that could take a year or more, he said.

''All cards are on the table. We have redealt the pack.''

Dunedin Mayor Dave Cull, in a statement late yesterday, said the council would be a party to the appeal and so was ''limited in its ability to comment''.

However, the council would continue to work with Betterways because of the ''significant'' benefits a five-star hotel could bring to Dunedin, Mr Cull said.

''We will continue to work with Betterways to encourage the investment in our city, but clearly any proposal needs to pass all relevant planning requirements and fit with the expectations of our community as expressed in our district plan.''

''We have still got a significant opportunity to work with the investors around this particular development.

''Dunedin does want this type of investment.''

Mr Rodgers said he wanted the hotel to proceed ''in a way that works for all of us'' to help the city grow.

The likely cost of the legal fight was not yet known, but would be ''significant'', he predicted.

Despite that, the hotel developers he represented - Queenstown woman Jing Song and her husband Ping Cao, of China - had decided to continue fighting for the hotel.

That decision had been reached after prolonged discussions, planning and legal advice, and with the encouragement of ''numerous Dunedin residents and the local business community'', he said.

Ms Song was overseas yesterday and Mr Rodgers would not say how close the developers had come to quitting the city after the hotel's initial rejection, but ''it wasn't easy''.

He had worked ''for the last 15 days'' since the committee's ruling to keep the developers interested.

''The promoters of that building did not give up easily ... so we are not going to walk away from this,'' she said.