Listening one of new SDHB values 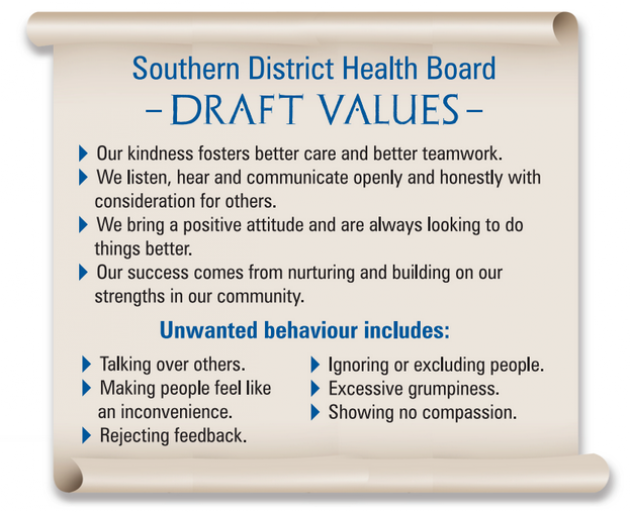 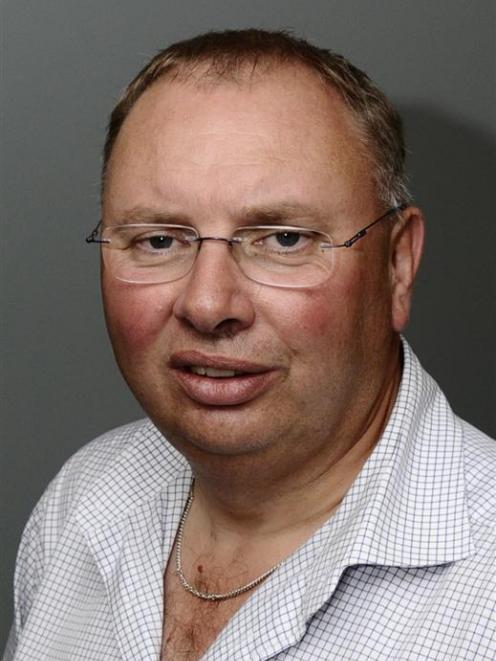 The single-page ‘‘draft values'' are being presented to patients and staff this week by London consultant Tim Keogh.

They also spell out unwanted behaviour, such as ‘‘excessive grumpiness'' or talking over others.

Mr Keogh helped the board to devise them based on patient and staff feedback, which includes ‘‘listening sessions'' held in Otago and Southland a couple of months ago.

Further feedback is being gathered at sessions in Dunedin, Invercargill, Alexandra, Queenstown and Oamaru, which started yesterday in Dunedin.

Mr Keogh was the ‘‘best guy'' to do the work, which was why it was worth hiring someone from the United Kingdom.

Asked how the ‘‘draft values'' differed from what was already expected of health professionals, he said it had been necessary to go through the ‘‘incredibly valuable'' process.

He said he did not know what was already in place to guide staff in this area.

Senior management would be responsible for implementing the values, but Mr Crombie did not know whether extra resources would be allocated for that.

Only patients who attended the sessions in March were invited to the new sessions.

The project received more than 3500 responses from patients and staff, which included results from an online survey.

Last month the board released information showing the project had cost more than $240,000, of which Mr Keogh's company April Strategy received more than $150,000.

‘‘We'll be sharing our draft values, what they actually mean, and what our improvement priorities are for both patients and our staff.

‘‘These will ultimately help us influence the future of care across our district,'' Mr Crombie said.