No decision yet on future of headquarters 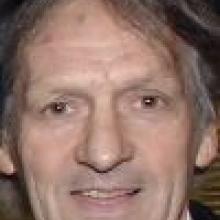 John Bezett
The Forsyth Barr Stadium was used as the headquarters of the New Zealand Masters Games for the first time this year but there is no guarantee it will be used again in two years.

The stadium will be in competition with the University of Otago Union building that has been used as the headquarters in the past.

"We have got a decision to make before our next Games in 2014," New Zealand Masters Games Trust chairman John Bezett said.

"At the end of every Games we evaluate how they have gone and the headquarters venue is just part of that."

The front-runners are the stadium and the University Union. The Edgar Centre is also being looked at.

Bezett felt the Forsyth Barr Stadium was an ideal venue for the opening ceremony which featured the New Zealand Army band.

"There were a lot of competitors from out of town and they were impressed," he said.

The Games Trust thought this was understandable in view of the recession and the effects of the Christchurch earthquake that reduced the numbers that usually come from that city.

"Numbers are important and we like to keep them up," Bezett said.

"But our criterion is to run a quality Games. We want visitors to be impressed by the venues we have .

"People from overseas who have competed at the World Masters expect a similar high standard from us. We have to meet that standard so they go away feeling they have competed in an international event of a high quality."

"The future of the Games is guaranteed," Bezett said."Dunedin has got the franchise to 2016 and beyond."

An economic assessment of the value of the Games to the city is being done. Bezett thinks it will be similar to the last Games in Dunedin in 2010 when the financial benefits to the city were more than $5 million.

"It is a very good return for the Dunedin City Council that underwrites the Games," Bezett said.