Those on either side of the debate about whether John Wilson Ocean Dr should be reopened to vehicles largely begrudgingly accept the compromise the council is proposing.

But no-one is holding their breath about when it will happen.

Dunedin city councillors decided on Monday to go with an option in which the road would be resealed after six years' closure and split into a 5m-wide road - open to vehicles weekdays between 11am and 3pm - and a 4m-wide pedestrian path.

The two would be separated by a concrete kerb and intermittent planted islands.

But a speed limit is yet to be decided, and the $160,000 cost could increase if further work is needed on the road to slow vehicles down.

Those who wanted the road reopened said while they were not "ecstatic" about the plan, they would accept it if it meant they could drive up the road again.

Joan Mann, who spearheaded a 2011 petition signed by 1357 people who wanted the road reopened to vehicles, said she was not totally happy about the plan, particularly its lack of parking, which, she said, was what most people did - drove along and parked up for a while to enjoy the view - but she would "live with it" if it meant the road opened again.

Still, she was not confident the decision would stick.

"I'm not so sure at all. They [the council] do seem to change their minds a bit." 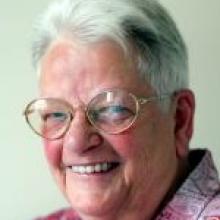 Joan Mann
When the work will be done depends on a decision to be taken in December on what speed limit councillors prefer. It stands at 50kmh under the current plan, but if councillors want to reduce it to 20kmh, as per a recommendation from the speed limits bylaw hearings subcommittee, a fundamental design change could be required, including the installation of more traffic-calming measures, to keep speeds down.

That has several potential fishhooks for councillors, including that it could cost more, and the cheapest option for keeping speeds down could be unfavoured speed humps.

Mrs Mann said she was not worried about the speed limit, and could deal with speed humps if the road would just be opened.

AA Otago chairman Jeff Donaldson said while it was a compromise, AA's members would be pleased to once again have vehicle access, and sooner rather than later.

However, open-road supporter Dave Crooks did not support the change without any parking, and said a compromise where the bollards were moved back 500m towards Lawyers Head would have been better.

"I just hope it gets to be open in my lifetime."

Gerrard Liddell, from the John Wilson Promenaders, said the group would continue to argue for keeping the area as a promenade, because there was no other area like it Dunedin, while drivers had plenty of other places to go.

The decision would basically change the area into a road and footpath, he said.

"If you want to walk with cars beside you, you already have ample opportunity in Dunedin."

Wheelchair user Ken McIntosh, who preferred the road remained closed, said the separate pedestrian zone should be adequate, although he would feel safer using it if the speed of traffic on the road was kept down to 20kmh.

However, he thought the amount of money being spent to do the work was "completely stupid", when leaving it as it was would cost nothing.

He did not have a lot of confidence it would actually happen either.

"The chance of them changing their minds before it is put to bed is highly likely."

Dunedin police yesterday had no comment on what they said was the council's decision to make.

Police have supported the road's continued closure as a method to reduce the number of deaths in the area.