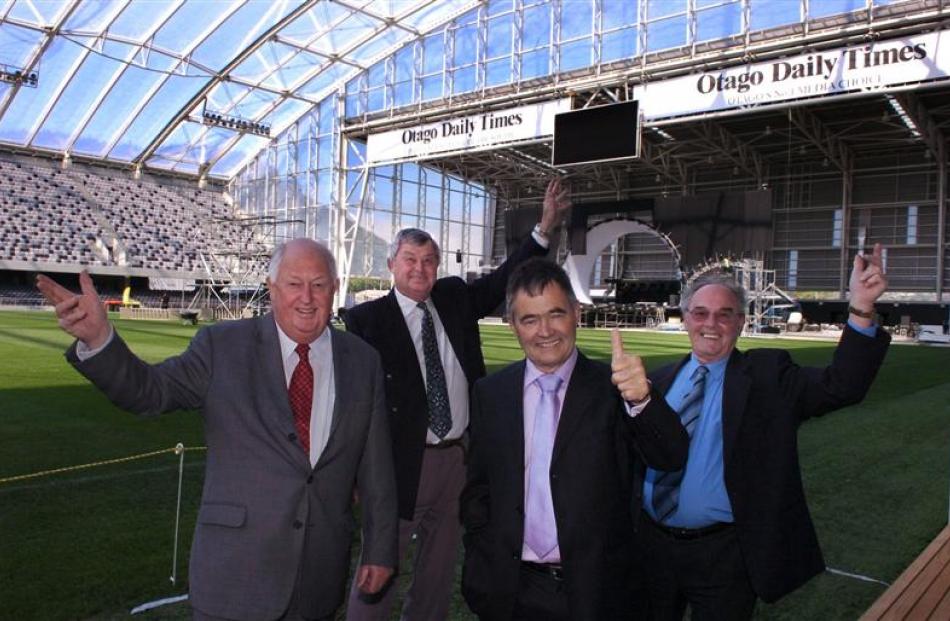 The Otago Daily Times has taken a stand for the Forsyth Barr Stadium.

The East Stand at the stadium was yesterday renamed the Otago Daily Times Stand, in a sponsorship deal between New Zealand's oldest daily newspaper and newest entertainment arena.

Allied Press managing director Julian Smith said the sponsorship reflected the importance of making the stadium an asset to the region.

"The opportunity arose and, since it's the 150th anniversary of the ODT and whilst we're putting the ["Big Night In"] concert on, it's an opportunity to put something extra back into the community," Mr Smith said yesterday.

"We're aware that there's been a lot of controversy over the stadium, but it's built now so let's get it to work and minimise the impact on our ratepayers, by helping make it a viable concern. It's about playing our part as a good corporate citizen."

Mr Smith declined to reveal financial details of the agreement.

"It's a commercial sponsorship deal."

Dunedin Mayor Dave Cull said the announcement was an encouraging endorsement for the stadium.

"At the stadium end-of-construction dinner, I said the hard work had just begun and that making it financially viable was the ongoing challenge," he said yesterday.

"This sponsorship announcement by the Otago Daily Times is pleasingly indicative of the support for the stadium from the wider community."