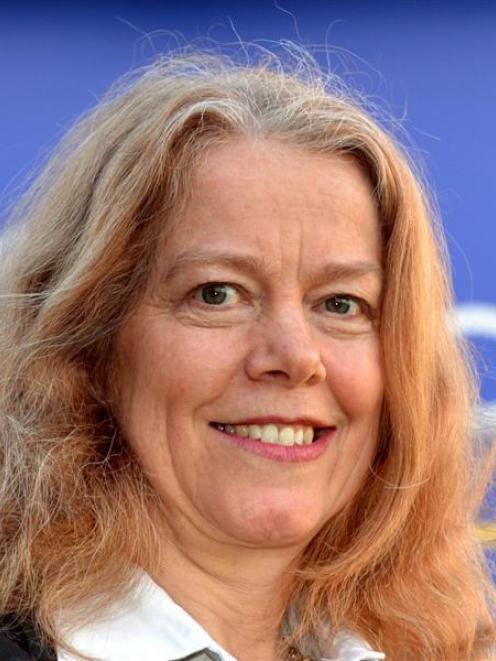 Hilary Calvert.
The Dunedin City Council's decision to dump investments in fossil fuel extraction is being hailed as visionary, but opponents warn it will come at a cost to ratepayers.

Councillors on Tuesday voted on an ethical investment policy for the $76.3 million Waipori Fund, deciding not to invest in the munitions, tobacco, fossil fuel extraction, gambling or pornography industries.

This means it will divest itself of any investments in those industries, including much of the $1.7 million invested in fossil fuels, within two years.

The decision to include fossil fuel extraction in the policy has been praised as ''precedent-setting'' for New Zealand but councillors Andrew Whiley and Hilary Calvert were yesterday worried about the cost to ratepayers.

A report by Russell Investments provided to councillors estimated not investing in fossil fuels would have cost it $2.2 million - or $170,000 a year - in the period between 2000 and 2013.

An ethical investment policy, including alcohol (which councillors on Monday voted against adding to the policy), tobacco, gambling, armaments and fossil fuels was estimated to cost the council about $500,000 a year.

It would be ''inconsistent'' for the council to be taking measures to mitigate the effects of climate change while investing in ''the things that actually cause'' it. There was also an ''increasing appreciation of the risk'' of investing in fossil fuel companies.

''As the world has to grapple with moving to a low-carbon economy that actually the carbon reserves ... won't come out of the ground, so the asset value of those companies will go down.''

Mr Cull was keen to point out that councillors voted against investing in fossil fuel ''extraction'' and not the retail of fossil fuels.

Dunedin City Council group chief financial officer Grant McKenzie said an ethical investment policy would probably lead to more ''volatility'' in the fund, as the stocks excluded tended to be ''steady'' or ''countercyclical''.

Running costs of the fund were also likely to increase.

''It often costs more to have a socially responsible investment policy because you are having to do more research on the companies.''

Staff would come up with more precise estimates of the costs, he said.

Cr Calvert said the decision was ''irresponsible'' because councillors were not fully aware of how much it would cost ratepayers.

Cr Whiley said the move sent a ''very negative message'' to companies exploring for gas off the coast of Otago. The city should be welcoming them and he hoped the move would not put them off using the city as a base if commercial quantities were found.

The council would still be investing in companies that produced greenhouse gas emissions, meaning ''nothing is going to change'', he said.

Mr Cull took issue with both Cr Calvert and Cr Whiley's criticisms, saying all councillors had a copy of Russell Investments' report and knew about the financial implications.

The decision was ''a completely separate issue'' to oil and gas exploration off the coast of Otago.

''They are not coming to us for investment; they would be looking for a logistical base.''

Cr Jinty MacTavish, a strong advocate for including fossil fuels in the policy, said all Dunedin people should be ''proud'' of the decision.

''I think Dunedin has led the way on a number of issues and this is just another example of Dunedin being the leader in progressive policy,'' she said.

Green MP Gareth Hughes, one of many to praise the decision on social media yesterday, compared the council's move with the beginnings of the Nuclear Free movement.

''It's a bold foresighted step that is showing true national leadership and I congratulate the council,'' Mr Hughes told the Otago Daily Times yesterday.

The issue prompted a stoush between councillors on the Progas Otago Facebook page, with Cr Kate Wilson taking issue with Cr Whiley including her on a list of councillors who voted for fossil fuels to be included.

Cr Wilson said she abstained from the vote, which eventually prompted Cr Whiley to amend the list and apologise.

• DCC thought to be first council in New Zealand to divest itself of investments in fossil fuel extraction.

• The city joins more than 20 United States cities, including San Francisco, Seattle, and a Dutch town, that have done so.

The Waipori Fund
• Established after the Dunedin City Council in 1998 sold its 100% holding in Waipori Power Generation Ltd and its 42% holding in United Electricity Ltd.

• After repaying associated debt, the council was left with just over $56m cash.

• That became known as the Waipori Fund, which has been a significant contributor to council coffers since.

• Provides a source of revenue that can be used to offset rates.

• The last annual return to the council recorded, to the end of the last financial year in June 2013, was $7.5m.

Do you support the decision by the Dunedin City Council to adopt an ethical investment policy for the $76.3 million Waipori Fund?

Telephone your answer today to the Otago Daily Times' Teletopics line (03) 467-7123, Dunedin-area calls are free; email us at odtfeedback@odt.co.nz.