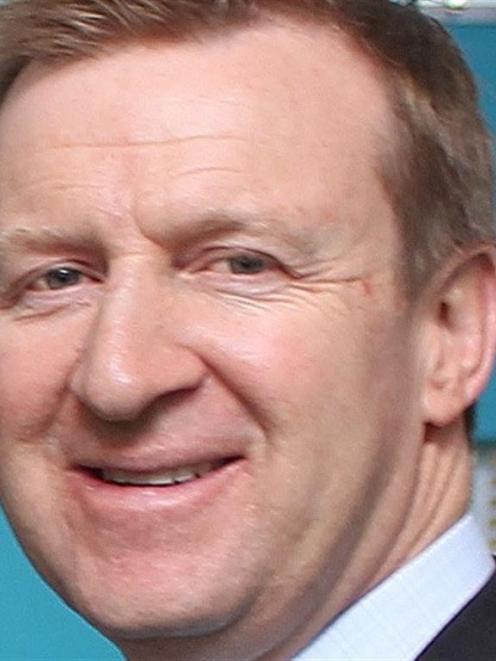 During question time, Labour's health spokeswoman, Annette King, asked Dr Coleman about the quality of food since the Compass Group began supplying meals for the Southern District Health Board.

Dr Coleman made light of the issue, responding to one of her questions by saying: "If this is question one on a Thursday, then we are clearly covering off the big issues pretty well.''

He later said he was "relieved that this is the biggest health issue in New Zealand''.

Mrs King responded: "Is [Dr Coleman] aware that this is a big issue for patients that he minimises and laughs at, but they certainly don't.''

It was effectively an "admission'' the food was bad when Dr Coleman asked her to "man up'' and try the food.

He said the "big issue'' was the 400 operations Mrs King cut at the SDHB while Labour was in power and the 2600 extra operations the National Government was funding now.

Asked if he agreed with SDHB chief executive Carole Heatly's comment in the Otago Daily Times that there was "clearly an issue with the food, otherwise patients would not be complaining'', he said he had noted her comment and told her if she felt there was a problem, she would "fix it''.

Ms Heatly also told him that in a recent survey of 153 patients, 75% said the food was "OK'' and 25% wanted improvements.

When asked if he could understand the anger of patients at his "penny-pinching at their expense'', he said: "I don't think the patients are angry. As I say, 75% are happy with the food.''

He was not aware that, as a result of complaints, Compass had appointed two patient experience co-ordinators to monitor feedback on meals from staff and patients.

Mrs King asked how much the outsourcing of hospital kitchens to Compass was expected to save - minus the $4million cost of the business case - over its 15-year contract, given 13 DHBs had not signed up.

He said he would be happy to provide an answer if Mrs King put the question in writing.

"What I can say is there are considerable savings that will help fund those 50,000 extra operations a year and 110,000 appointments and make up for the 400 operations that Mrs King cut from SDHB.''