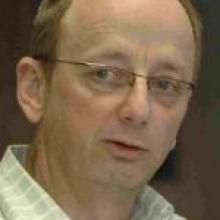 Tony Avery
The cost of the planned realignment of State Highway 88 past the Forsyth Barr Stadium, in Dunedin, has blown out by $9.2 million.

The increase in both land and construction costs means work estimated at $15.5 million will now cost $24.7 million.

The increase is the second time land costs in the area have blown out. The cost of land for the stadium was more than $10 million over budget.

Ratepayers have been saved from paying much of the cost of the increase by a New Zealand Transport Agency (NZTA) decision on Thursday to pay 65% of the new cost of the roading development.

Dunedin Council City environment general manager Tony Avery yesterday said the rest of the funding would come from money already set aside for transportation - $3.7 million already in the council's annual plan for strategic corridors property purchase - meaning there would be no pressure on rates.

The $3.7 million would, however, not be available for other projects.

He said the rise in construction costs became clear when more detailed work on the project was done.

Dunedin city councillor Andrew Noone yesterday said the change to the district plan that turned land at the area from an industrial to a stadium/campus zone had an effect on negotiations, and an impact on the value of land.

Using the Public Works Act to require land owners to sell would have been the ideal situation, he said, but the timing of the stadium and realignment meant that had not been possible.

Despite the land being beside the stadium, the situation was similar to any other where the council planned for some time to use land, then had to negotiate to buy it, he said.

The Otago Daily Times reported last week the council was on the verge of sealing a deal on the last piece of land required, which was owned by USC Investments Ltd, of Christchurch, a company owned by Earl and Keith Hagaman.

He would not, though, give details of the amounts paid for the land, or how much of the increase was for construction costs, and how much for land.

He said the council was about to tender for the work, and he did not want those costs known to tenderers. If contractors knew the details, they would be able to work out the budget, and might tender for that amount, rather than the cheapest price for which it could be built.

The realignment of the road will take traffic away from Anzac Ave.

There will be a roundabout by the stadium, from which the road will be built by Parry St, taking it to Frederick St.

The plan to upgrade the road was included in the council's 2006 transport strategy, and was modified and gained greater urgency when the stadium was proposed.

The University of Otago made it a requirement of its input into the stadium, as a large number of students were expected to cross Anzac Ave.

Mr Avery said the project was ready for tender, and work was expected to start later this month or early in June, and to be completed by June 2011, in time for the Rugby World Cup.

That timing was tight, but achievable, he said.

> Cycle route incorporated to link with other strategic routes.