Road funds likely to be restricted 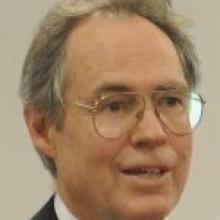 Jim Harland
Future funding for Dunedin cycling networks may be compromised by the fiscal belt-tightening of transport bureaucrats in central government, Otago's regional transport committee has been advised.

Funding proposals for transport projects throughout Otago are being ranked by the Otago Regional Council's transport committee, before the bids are promoted to the New Zealand Transport Agency.

The agency then considers - based on a set list of assessment criteria - which national transport projects it will allocate funding subsidies to in the 2012-15 period. 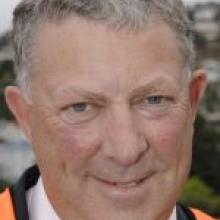 However, if any local council was able to promote itself as a "model community" for alternative transport, such as cycle networks, then its projects might get funding approval, he said.

Dunedin City Council infrastructure services committee chairman, councillor Andrew Noone said an extensive cycle network might not be enough to qualify for significant backing from the agency.

However, specific projects within the city council's overall cycling plan may be better qualified to attract funding, given they meet relevant criteria, such as providing safer transport options for cyclists, alongside other economic benefits.

Secured funding from the agency to extend the city cycleway to Port Chalmers, providing an alternative route for walkers and cyclists away from State Highway 88, was one local example of a "desirable" project.

The agency had recognised the safety benefits of providing cyclists a safer route away from the heavy traffic using SH88 to access the port, he said.

There were also "strong arguments" for the flat suburbs of South Dunedin and the northern suburbs around the university to be promoted as "model communities" to attract funding for cycle networks.

However, cycleways proposed for local roads administered by the council, such as the seawall upgrade and harbourside trail along Otago Peninsula, might struggle to attract agency subsidies, he said.

Funding these projects, alongside other proposed cycleway networks, would place additional pressure on city council transport budgets if they could not attract agency subsidies, Cr Noone said.

Dunedin Spokes educational officer Hank Weiss said there was an increasing need to implement policies and designs of the proposed Dunedin cycle network, rather than "just talk about them as great plans on paper".

"Waiting 30 years is not a legitimate time frame, given the urgent needs of society."