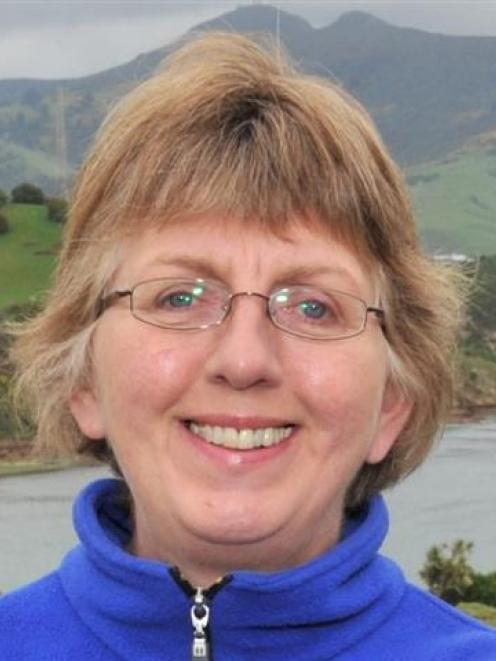 Tessa Mills
Submitters have attacked plans for a $100 million waterfront hotel in Dunedin, including the evidence used to support its construction, at a hearing that will decide the project's fate.

The critiques came as the Dunedin City Council's hearings committee considered a third day of arguments about the 28-storey hotel, which Betterways Advisory Ltd wants to build on vacant industrial land at 41 Wharf St.

The session was dominated by Christchurch barrister John Hardie and two expert witnesses, appearing on behalf of Capri Enterprises Ltd, which own significant tracts of industrial land in Dunedin.

However, yesterday's session also featured the first individual submitters, including Tessa Mills, who worried the hotel would be out of place and ''completely wrong to me''.

''This isn't the right site for a hotel ... I just don't think it fits,'' she told the committee late in the afternoon.

Hours earlier, Mr Hardie began by questioning the credibility of evidence given by Dunedin architect Francis Whitaker, who gave a glowing endorsement of the hotel plans on Tuesday. Mr Whitaker was an architect, but spoke about urban design issues, which he was not qualified ''in any way, shape or form'' to do, Mr Hardie said.

Mr Hardie said he was not asking for Mr Whitaker's evidence to be excluded, but might if the same claims were made in the Environment Court.

''He's an architect ... he might have a view, but he's not, on the evidence to date, qualified as an expert.''

Instead, Mr Whitaker's written evidence included ''a whole lot of ifs and buts'' that showed the hotel would have effects that were more than minor, meaning the hotel plan should be rejected, Mr Hardie said.

He also took aim at evidence from Phil Page, the solicitor acting for Betterways, saying a suggestion the hotel's height should be ignored - because it would be built on industrial land without height restrictions - was ''utter nonsense''.

Betterways had to show the hotel would have effects that were no more than minor, or met the policies and objectives of the district plan, and ''I don't think the proposal meets either of the tests'', Mr Hardie said.

However, he was also forced to deny commercial competition was behind Capri Enterprises Ltd's submissions, after being questioned yesterday about the company's motives.

Companies Office records listed hotel magnate Earl Hagaman - the chairman of Scenic Circle Hotels - as Capri's sole director, as well as one of its shareholders.

Mr Hardie told the committee he had not asked his instructing solicitor why Capri wanted to submit against the hotel, but had satisfied himself the evidence was not motivated by competing commercial interests.

That would otherwise have prescribed the type of evidence he could present, he said.

''This company [Capri] is not involved in the hotel business or the accommodation business. It's as simple as that.''

Auckland-based urban designer Clinton Bird, called by Mr Hardie, said the ''critical issue'' was not details of the hotel's design, but rather how the hotel would affect the urban design of Dunedin.

He believed the hotel's height, bulk and scale required ''major changes'' to mitigate, and were ''insurmountable''.

''If the site is to be used for a hotel ... in my opinion the hotel design should start afresh and not be just architecturally fiddled with.''

Information supplied as part of the application was also ''inadequate and deficient'' in places, while montage images showing what the hotel would look like from around the city did not show the full picture, he said.

The hotel's height and location, surrounded by small buildings and overlooked by the city, meant there would be ''significant'' adverse effects on Dunedin's architecture and ''unique city form'', he believed.

The result meant the city's tallest building, built on flat, reclaimed land, ''will physically and symbolically upstage the iconic towers and spires of Dunedin's historic buildings'', he said.

Asked by independent commissioner John Lumsden whether, in any city, ''someone has to be first'' with a tall building, Mr Bird said that was true, but the proposed hotel would be ''a huge leap''.

Consultant traffic engineer Tony Penny, also called by Mr Hardie, disagreed with many of Betterways' traffic engineer Andy Carr's conclusions about the proposed site, instead labelling it ''totally inappropriate'' from a transportation perspective.

Problems included ''indirect and confusing'' vehicle access to the hotel - restricted to the south only - a lack of space for a left-turning bay into the hotel and a risk to pedestrians and cyclists passing the hotel.

Without roading improvements, the hotel's presence risked increasing the number of nose-to-tail accidents caused by vehicles slowing to enter the hotel site, and would increase the accident rate in the area, he said.

A more detailed investigation of transport issues was needed, but some of those already identified would be ''very difficult to resolve'', he predicted.