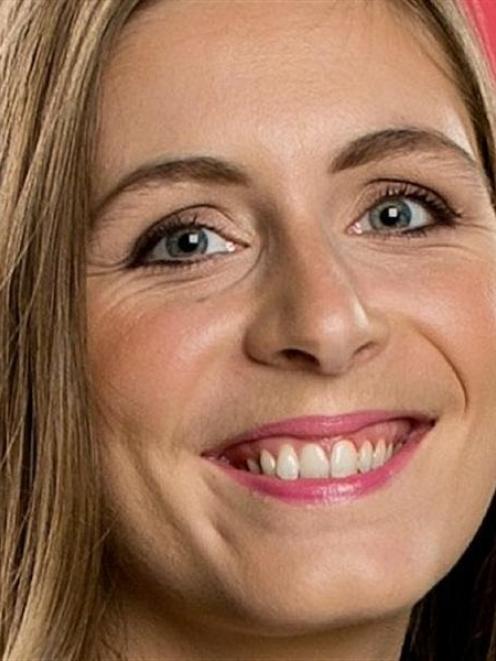 Eleanor Catton
RadioLive host Sean Plunket has labelled Eleanor Catton an "ungrateful hua" over her criticism of the National Government and the country's tall poppy syndrome.

He criticised her on his morning radio show, saying: "You are bagging all of us. I don't see you as an ambassador for our country, I see you as a traitor."

He said she was an "ungrateful hua" - a Maori slang word.

"Eleanor's been over in India bagging New Zealand," Plunket said.

He then went on to tell Catton to stick her comments "where the sun don't shine".

"Now Eleanor, you say we're dominated by politicians, you're lucky enough Eleanor, to live in a democracy where people get to vote, so the Government and the Parliament and the make-up of the Parliament represents the people of New Zealand, so basically you are bagging all of us.

"She talked about tall poppy syndrome, if you stand out you will be cut down. Well, I'm only having a crack at you now because you're being such an ungrateful hua Eleanor Catton."

"Sean has addressed his earlier comments on air - he defined a hua as 'just a woman who annoys you'," Lorimer said.

"This kind of hysterical overreaction to someone's point of view really reduces people's ability to state their mind freely and to have a constructive conversation in public.

"In terms of being a traitor, we show our love and gratitude to our country as much by holding it up to high standards as we do by celebrating it," he said.

"I just think it's amazing how something so innocuous can blow up so nastily so quickly. We have a real problem with public conversation in this country."

The comments were swiftly condemned on social media, amid confusion about what Plunket had said.

"Welcome to New Zealand, where old men talk down to younger smarter women."

Arts commentator Hamish Keith also queried the comment, saying on twitter: "Halfway through his disgusting rant Plunket calls Eleanor Catton and "ungrateful whore" or am I mishearing that."

Catton throws the book at NZ

Catton criticised New Zealand as a country led by "neo-liberal, profit-obsessed, very shallow, very money-hungry politicians who do not care about culture".

The author of The Luminaries, and winner of the Man Booker Prize has also taken a swipe at the "tall poppy syndrome" and Kiwis' attitudes towards individual achievement.

Her outburst drew a response from Prime Minister John Key, who said yesterday he was disappointed at Catton's lack of respect for his Government and claimed the author was aligned with the Green Party.

However the New Zealand Book Council has defended Catton's right to express her political views and said it was hard being a writer in New Zealand.

Catton was speaking at the Jaipur Literary Festival, and said she was not happy at being seen as an ambassador for her country.

Her comments were reported across India and at length on its Live Mint news website.

Catton said that after winning the Man Booker prize, she became uncomfortable with the way people treated her in New Zealand.

"We have this strange cultural phenomenon called 'tall poppy syndrome'," she said. "If you stand out, you will be cut down.

"If you get success overseas often the local population can suddenly be very hard on you ... it betrays an attitude towards individual achievement which is very uncomfortable."

Despite her historic novel winning the Man Booker prize, it missed out on the main prize at New Zealand Post Book Awards.

Catton said she was uncomfortable with the way her international accolade was regarded in her home country. "It has to belong to everybody or the country really doesn't want to know about it."

She also said she was angry with the Government, which cared only about short-term gains.

Catton said had struggled with her identity as a New Zealand writer in the past year despite being in an "extraordinary position".

"I feel uncomfortable being an ambassador for my country when my country is not doing as much as it could, especially for the intellectual world."

Mr Key said he did not think Catton's comments reflected what most New Zealanders thought of the Government.

"I'm disappointed if she doesn't have respect for the work we do because I have tremendous respect for what she does as a writer," he said.

University of Canterbury senior english lecturer Dr Christina Stachurski said she agreed with Catton's comment about the Government's under-valuing of the arts.

"A recent action speaks for itself. National made a massive injection of funding for science and engineering at the University of Canterbury, and none for arts."

Pattrick added that she agreed with some of Catton's comments about the present government's policies, but not with her assertion that they didn't value cultural matters.

"I've dealt with numerous Ministers of Culture over the past decades, from both political sides. Uniformly they've been great supporters. And long may that continue."

New Zealand Book Council chief executive Catriona Ferguson said that it was difficult to be a writer in New Zealand.

"We are a small country and it is a ... limited industry," she said.

"When a writer does make it on the international stage that's really big news ... and is good for other writers to see that international attention."

Fergus Barrowman, publisher of Victoria University Press, which published Catton's work, said people should be wary about reacting to her comments without reading a full transcript of the interview.

"It will be really unfortunate if we lived in a culture which over reacted to people expressing their opinions about things that concern all of us," he said.