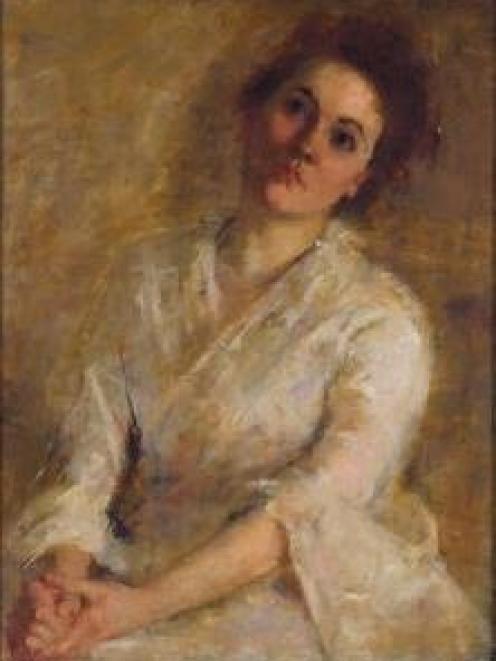 This is welcome because it is a book-length study of this able and interesting practitioner while previously the most substantial account was my nine-page essay published in 1984.

Dr Schiff is an American mathematician who has lived in Auckland for many years.

In 1981, he saw an exhibition in Auckland ''Grace Joel Paintings and Drawings'' which had been curated by Frank Dickinson, then the director of the Dunedin Public Art Gallery.

His interest seems almost to have been inspired by a whim. Dr Schiff and the artist share the name ''Joel'' but it's the author's first name and the artist's family name.

But her art had caught his eye and the scant facts recorded about her intrigued him. He started a folder and in 2010 ''having at last put mathematics aside'', embarked on the study which produced the book.

It isn't easy for a person who isn't an art historian to undertake such an endeavour. There are numerous pitfalls which Dr Schiff has avoided by teaching himself about art of the sort Miss Joel produced and by asking questions of people who could help him.

He has travelled far and wide and assiduously traced many leads. At an early stage he came to Dunedin where he spoke with Roger Collins who knows a lot about Miss Joel. He also looked me up and he has stayed in touch advising me of some of his discoveries. I've long thought a book-length study was warranted and so was more than happy to assist.

Miss Joel is not an easy study. Unlike her famous compatriot and near contemporary Frances Hodgkins (1869-1947) she didn't leave a large, informative body of letters.

There are very few autograph texts by Joel, some published articles and interviews and three letters which Dr Schiff publishes as an appendix. She also left a will.

But the Dunedin newspapers with their eyes and ears in distant parts around the globe managed to keep up a remarkable flow of news about her which Dr Schiff has assiduously exploited.

And, of course, there's her works, which are numerous and give an impression of the person who made them. But, as in most such cases, it's a rather convoluted path from the paintings to the personality, a trap for those unused to dealing with artists.

When I wrote there was a substantial body of known works, many privately owned by her descendants, but enough to form the impression she was a considerable and somewhat overlooked talent.

Dr Schiff has managed to discover several more, including some real gems.

I've never seen the oils illustrated as 6.13, 6.16, 6.18, and 6.19 or even photographs of them all of which are interesting or better, or 6.2 a fine portrait in a Sargentesque manner. If for nothing else we owe Dr Schiff a debt for these very useful discoveries.

Miss Joel was born in Dunedin the daughter of Maurice Joel, a British immigrant of Jewish descent and an ''accidental'' brewer. Having financed a brewery, it fell into his hands after the owner's death. It made Mr Joel a fortune which was useful for Grace and her siblings.

She went to Otago Girls' High School - not Girton College as I had supposed - but didn't attend the local art school, going instead to the one in Melbourne from 1891.

There are several puzzles about her life which Dr Schiff explores thoroughly. It's been said her father was a cousin of Julius Vogel, co-founder of the Otago Daily Times, but the documentary record doesn't support this. It seems clear her art was influenced by G.

P. Nerli (1860-1926), the source of her impressionist-like manner and a number of her compositions.

But she may also have had an affair with him. I was told she had by her nephew, a younger Maurice Joel and there seems to be a hint in some of her paintings. Such things are often impossible to prove but the book explores the matter thoroughly.

It may be Miss Joel went to Melbourne specifically because she wished to paint the nude. There are puzzles surrounding this, again examined, but she did and then launched herself professionally announcing this as a specialty.

Which is fairly remarkable for a woman at the time. She went to Europe in 1900 - where she had been before as Dr Schiff has discovered - returned briefly in 1906-07 and died in London in 1924.

If she'd lived longer, would she have had a late flowering like Frances Hodgkins? Perhaps, 6.18 hints at the possibility.

In 1998, I had the good fortune to interview a centenarian who had modelled for Joel as a child. Nothing made feel me closer to the artist. I thank Dr Schiff for publishing extensive excerpts.