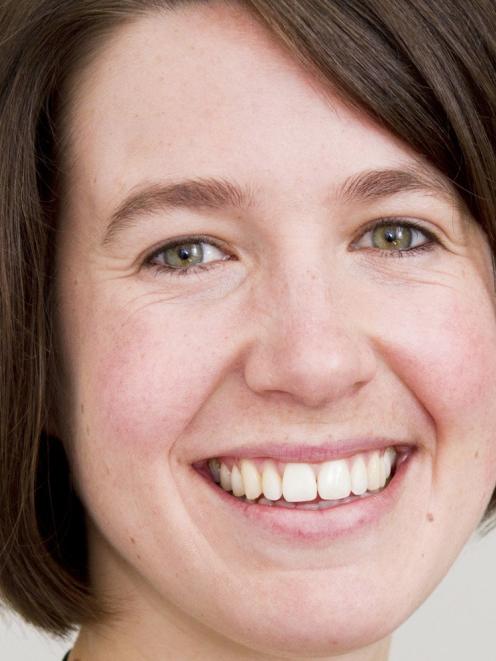 Jinty MacTavish
Recently, I've expressed an opinion that it's unethical to explore for additional fossil fuels, in the light of climate science and in the absence of an international agreement that limits carbon emissions.

I've questioned the ethics of the Dunedin City Council investing public funds in companies involved in fossil fuel exploration, and both the ethics and the wisdom of the council using ratepayers' resources to entice those companies to set up shop here.

According to commentary in the ODT, the ODT Online and Dunedin-based Facebook groups, that makes me variously a comfortable middle-class leftie, perpetual whinger, tree-hugger, hypocrite, naive, self-righteous, ''against everything'', a bird-brained penguin, misguided waster, eco-terrorist, oil hater, stupid, ignorant, a lazy beneficiary, Luddite, a nimby and an ''extremist seeking to sabotage Dunedin's economic wellbeing''.

Really? Reading such comments, one certainly wouldn't think I'd taken a position based on current scientific consensus, advocating for the outcome I genuinely believe to be in the long-term best interests of Dunedin and Dunedinites.

Surely as a community are we not capable of some more meaningful dialogue and a robust analysis of the situation?

My concerns about the exploration off our coast are not based on the potential for oil spills - although in the event that the find did happen to be oil and a spill did occur, I remain of the view that our Government is ill-prepared to deal with the consequences.

Rather, my position - and that of many others - is based on a deep concern for the health of our communities, economy and environment, in the face of climate change.

Two degrees centigrade is the maximum amount of warming we can allow if we're to avoid catastrophic climate change.

This isn't some number plucked out of thin air - it's based on climate science drawn together by the United Nations, and it's been collectively agreed to by all 194 member states.

If we exceed 2degC, scientists warn of dangerous climate impacts, with the livelihoods of millions of people destroyed by disruptions to food production, water supply and ecosystems, potentially aggravating conflict and forcing mass migration.

Beyond 2degC, it's expected that feedback loops would kick in - warming resulting in more warming - eliminating the possibility of a safe climate future, and rendering mitigation of effects such as sea level rise and ocean acidification effectively impossible.

Dunedin and our economy would not be immune to these effects.

So what will it take to avoid this 2degC scenario?

Any additional discoveries, be they of gas, oil or coal, are simply adding to the giant pool of reserves we simply cannot afford to burn.

So how might this knowledge guide our decisions here in Dunedin?

If we choose to invest ratepayers' resources in fossil fuel exploration companies (either through investments in equities, the council's staff time or additional city infrastructure), we're accepting one of two outcomes:1.

Either, in the event that the world's governments fail to reach an agreement that limits carbon emissions to 2degC, we're happy to profit now from others' future suffering - including that of Dunedin's own future citizens.2.

Or, in the event the world's governments do reach an agreement , we're happy to tie our economy to an industry that may be mired in stranded assets it cannot exploit.

To me, this analysis suggests investing in these companies would be both unethical and short-sighted, and that to do so with ratepayers' resources would be negligent.

We're all currently embedded in a system that's reliant on fossil fuels.

From the moment that we wake up in the morning, our public infrastructure makes it very difficult to make another choice - but that doesn't change the climate science.

Climate change is a society-wide problem that needs a society-wide solution. Cities all over the world are starting to understand this and are collectively electing to shift to a clean-energy future.

The challenge for us is to move beyond calling each other hypocrites, and to work together to bring about the urgent change the science is telling us we need.

This means taking both positive actions, such as investment in clean-energy and low-carbon infrastructure, and actions which can sometimes be perceived as negative, such as divestment from fossil fuels and replacement of carbon-intensive infrastructure.

These actions go hand in hand, and we won't achieve a safe climate future unless we succeed on both fronts.

My preference would be for our council, our people and our economy to be invested in resilient, future-focused industries that will continue to serve our community and the globe regardless of our climate future - things such as sustainable food production, renewable energy and education.

This approach would enable the city to exploit the many business, marketing and employment opportunities involved in the clean-energy transition, and offer our young people a chance to build a future that gives them hope.

Thankfully, we already have many people in Dunedin working to make this possible. Let's build on their example together.

Jinty MacTavish is a DCC councillor.